Skripal - a former GRU colonel who betrayed dozens of agents to Britain's MI6 foreign intelligence service, and his daughter were found slumped unconscious on a bench in Salisbury 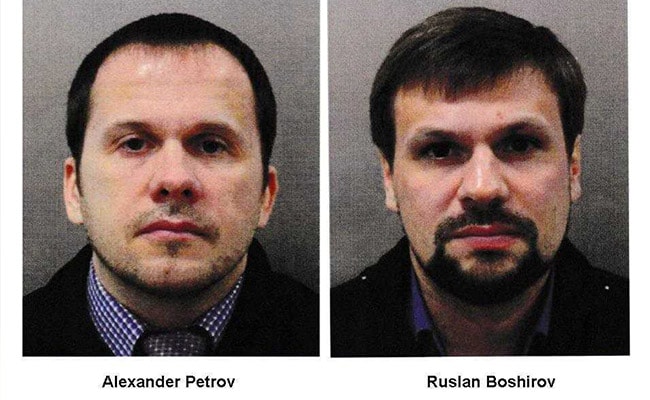 Russia's state-funded RT television station will air an interview on Thursday with two Russians who have the same names as the men accused by Britain of trying to kill a former Russian spy and his daughter, RT's head said.

British prosecutors last week identified two Russians they said were operating under aliases - Alexander Petrov and Ruslan Boshirov - whom they accused of trying to poison Sergei and Yulia Skripal with a military-grade nerve agent in England.

Margarita Simonyan, the editor-in-chief of Russia's state-funded RT, wrote on social media that she had met and interviewed two men called Petrov and Boshirov on Wednesday evening. The interview will air later on Thursday, she wrote.

"To my surprise they spoke in a fair amount of detail about what they do and how they earn a living," she was quoted by Rossiya-24 television station as saying.

Simonyan's announcement comes a day after President Vladimir Putin said Russia had located Petrov and Boshirov, but that there was nothing special or criminal about them. He expressed hope they would come forward and speak publicly.

Simonyan said the two men contacted her directly and that she had not looked for them personally. She said they were the "real" Petrov and Boshirov as far as she was able to check.

Britain has said the two suspects were Russian military intelligence officers almost certainly acting on orders from high up in the Russian state. Russia has repeatedly denied any involvement in the case.

Skripal - a former GRU colonel who betrayed dozens of agents to Britain's MI6 foreign intelligence service - and his daughter were found slumped unconscious on a bench in the English city of Salisbury in March. They spent weeks in hospital before being discharged.

The affair returned to the headlines in July when a woman near Salisbury, Dawn Sturgess, died and her partner Charlie Rowley fell ill after Rowley found a counterfeit bottle of Nina Ricci perfume containing the Novichok nerve agent and brought it home.