The city's ski resorts were closed and spring buds were beginning to show on trees -- three or more months too early. 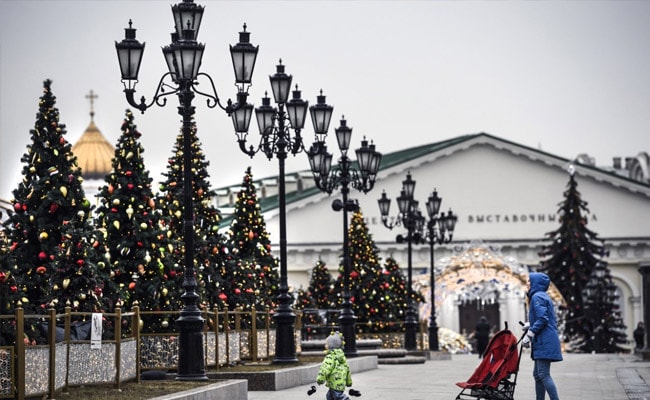 This year was the hottest ever registered in Russia, the country's weather chief said on Monday, as climate change pushes global temperatures to record highs.

"This year in Russia was the hottest for the entire period of instrumental observations," the head of the Gidromedtsentr weather service, Roman Vilfand, told Russian news agencies.

Weather records have been kept since 1879 in Moscow and since 1891 in Russia as a whole.

Global warming has sent temperatures rising around the world, with the United Nations saying earlier this month that 2019 was on course to be one of the three hottest years on record.

Known for its notoriously harsh winters, Moscow has seen its warmest December in a century this year.

While some flurries fell on Monday, the Russian capital -- normally covered with a blanket of snow by mid-December -- saw a largely snowless and cloudy last month of the year.

The city's ski resorts were closed and spring buds were beginning to show on trees -- three or more months too early.

Russian President Vladimir Putin has always been reluctant to acknowledge the link between human activity and global warming.

At his traditional year-end annual news conference earlier this month, Putin insisted that "nobody knows" the causes of climate change.

But he acknowledged the consequences of global warming could be catastrophic for a country that is one of the world's biggest producers of carbon fuel and with a fifth of its land within the Arctic circle.

Putin said that the rate of warming for Russia was 2.5 percent higher than elsewhere on the planet.

And "for our country, this process is very serious," he said.