Russia No Longer a Superpower: US 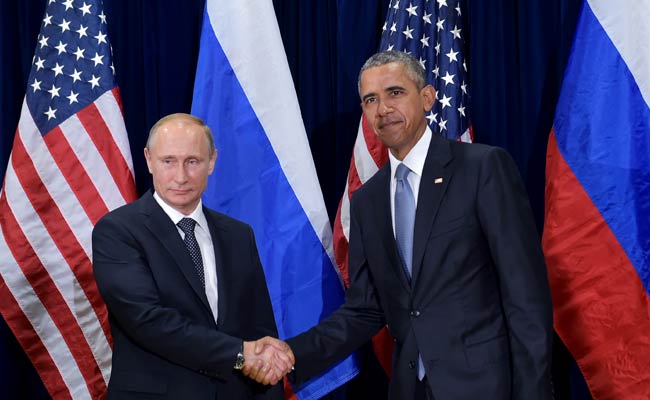 Washington: Russia is no longer a superpower as its deteriorating economy is ranked "somewhere behind Spain", the White House today said and stressed that Moscow's influence is limited compared to the erstwhile Soviet Union.

"Russia is no longer a superpower. Observed in the last couple of weeks that the condition of Russia's economy is weak and further deteriorating," White House Press Secretary Josh Earnest told reporters.

"They are now the 15th-largest economy in the world, and they rank somewhere behind Spain," he said.

"Their economy is getting worse, and Russia is isolated in a significant way. Not just from countries in Europe, but, as they get further engaged in a sectarian quagmire inside of Syria, they're finding that the only friends that they have there to fight in a difficult fight with them is a floundering Syrian government and the Iranian regime," he said.

Meanwhile, Mr Earnest earlier today said that the US Navy scrambled four fighter jets to intercept Russian warplanes earlier this week near a US aircraft carrier operating off the Korean peninsula in the Sea of Japan.

"There were four FA-18 firers from the carrier airwing five that were launched to intercept the bombers and the US Navy aircraft did escort the Russian aircraft until they departed the area where the carrier, the USS Ronald Reagan was operating," he said.

"We have previously raised concerns about Russian military aircraft essentially carrying out incursions on the sovereignty of other countries... This is a little bit different than that. This is -- these are international waters and international airspace," Mr Earnest said.

The US has regularly urged the Russian military to make sure that their operations in this space were consistent with generally accepted international protocols.

This is a particular situation that did not result in a significant confrontation for that reason, he added.

Mr Earnest acknowledged that there's no doubt that there are some vigorous disagreements between our two countries on issues like Ukraine and Syria, most prominently.

"We've been pretty candid about our concerns about Russians behaviour, particularly with regard to those two countries," he said.
Comments
RussiaWhite HouseUS NavyUSS Ronald ReaganRussian planesRussian military aircraft