Russia May Have Upgraded Nuclear Bunker Amid Tensions With West: Report 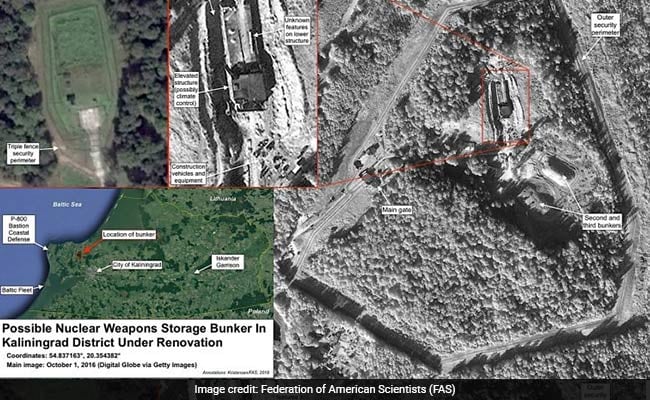 Kaliningrad is an isolated pocket of sovereign Russia on the Baltic coast.

Washington: Russia may have significantly upgraded a nuclear weapons storage bunker in Kaliningrad, a Russian territory between Poland and the Baltics, as tensions between Moscow and the West continue to rise, according to a new report.

On Monday, the Washington-based Federation of American Scientists (FAS) published aerial photographs that the group says show the facility in the Baltic outpost has been under major renovation since 2016, reports CNN.

FAS said the images document refurbishments at the site back in 2016, when one of three underground bunkers at the location was excavated and deepened before it appeared to have been covered over in recent months, "presumably to return (to) operational status soon".

Hans M. Kristensen, the director of the nuclear information project at FAS, said that it was unclear from the images if any nuclear weapons had ever been or will be kept at the facility.

"The features of the site suggest it could potentially serve Russian Air Force or Navy dual-capable forces. But it could also be a joint site, potentially servicing nuclear warheads for both Air Force, Navy, Army, air-defence, and coastal defence forces in the region," Mr Kristensen wrote in a blog post on Monday. 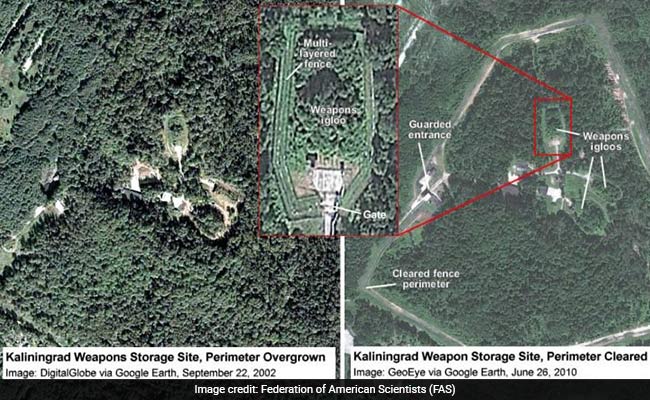 "It is to my knowledge the only nuclear weapons storage site in the Kaliningrad region," he added.

Kaliningrad is an isolated pocket of sovereign Russia on the Baltic coast where several games will be held during the ongoing 2018 FIFA World Cup, CNN reported.

Russia has not commented on this development.

Tensions in Eastern Europe have been building since Russia's annexation of Crimea from Ukraine in 2014.

In February, US and European officials expressed concern over Russia's militarisation of the Baltics after the Kremlin deployed new Iskander missiles to Kaliningrad.