Ukraine's Azov regiment is a former volunteer battalion that has drawn controversy for its links to far-right figures, with Russia calling it a "neo-Nazi" group. 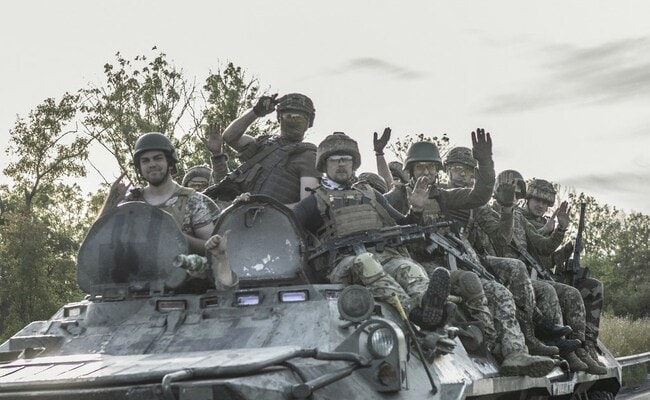 Russia's Supreme Court on Tuesday designated the Azov regiment -- a former volunteer battalion that was incorporated into Ukraine's army -- a "terrorist" organisation, allowing for lengthy jail terms for its members.

The court ruled to "recognise the Ukrainian paramilitary unit Azov a terrorist organisation and to ban its activities on the territory of the Russian Federation," the judge said, state news agency TASS reported.

According to Russia's criminal code, members of "terrorist" groups can face up to 10 years in jail, while their leaders and organisers can be jailed for up to 20 years.

Ukraine's Azov regiment is a former volunteer battalion that has drawn controversy for its links to far-right figures, with Russia calling it a "neo-Nazi" group.

The battalion was formally incorporated into Ukraine's National Guard in 2014 as it helped fight Kremlin-backed separatists in eastern Ukraine.

Azov fighters have been fighting alongside Ukrainian troops to repel Russia's offensive in Ukraine that Moscow launched in February to "de-Nazify" the pro-Western country.

In May, Ukrainian soldiers, including members of Azov, ended a weeks-long siege of the vast Azovstal steel plant in Ukraine's port city of Mariupol by agreeing to surrender.

Around 2,500 people were taken captive by Moscow's forces after calling a halt to their resistance.