Russia says the measures that will be taken will be devoted to "ensuring 100 percent safety and security of our men." 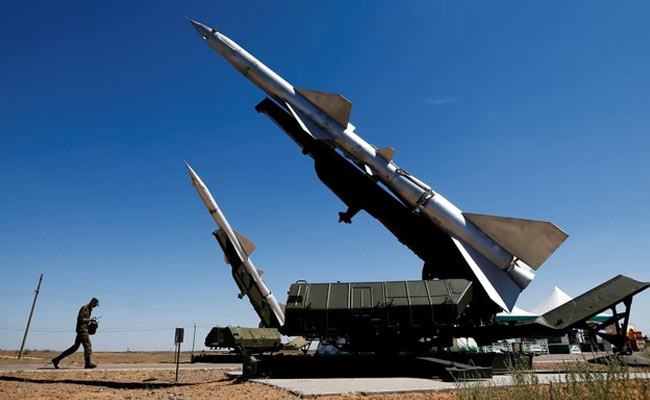 Defence Minister Sergei Shoigu had said on Monday the system would be delivered to Syrian President Bashar al-Assad's forces in two weeks despite strong Israeli and United States objections. A week previously, Moscow had accused Israel of indirectly causing the downing of a Russian military jet in Syria.

"The delivery started already and as President (Vladimir) Putin said, after that incident ... the measures that we will take will be devoted to ensuring 100 percent safety and security of our men," Lavrov told a news conference at the United Nations.

Russia, along with Iran, has helped Assad recover huge amounts of lost territory in Syria without persuading him to agree to any political reforms. It has also pushed its own talks with Iran and Turkey, known as the Astana process, as U.N-led peace negotiations have stalled. Some diplomats have said the Israeli incident and a Turkish Russian deal to suspend an offensive on the last rebel-held stronghold of Idlib could provide a window to push for the implementation of U.N.

Security Council resolution 2254 that covers ending conflict in Syria. The UN Security Council, which includes Russia and the United States, has mandated UN envoy Staffan de Mistura to get a deal on a new constitution, new elections and a reform of Syria's governance.

De Mistura's first task is the formation of a constitutional committee to decide whom to pick. He has said he will select about 50 people, including supporters of the government, the opposition and independents to participate, but so far the Syrian government has rejected the idea.

Meeting in New York on Thursday, foreign ministers from the United States, Egypt, France, Germany, Jordan, Britain and Saudi Arabia called on de Mistura to convene the constitutional committee and report back on progress by the end of October.

Lavrov accused the group of trying to undermine the Astana efforts and putting pressure on de Mistura so that they could impose their own resolution of the conflict, describing it as "a grave mistake."

"This is aimed at undermining all that was done at Astana process and not the fact the Syrians decide what country they are going to live in but the architecture agreed on by foreign powers," Lavrov said.