Biloela sits firmly in the voting territory for Australia's conservative National Party, but the more presiding rule, residents say, is that it's rude to talk about politics. 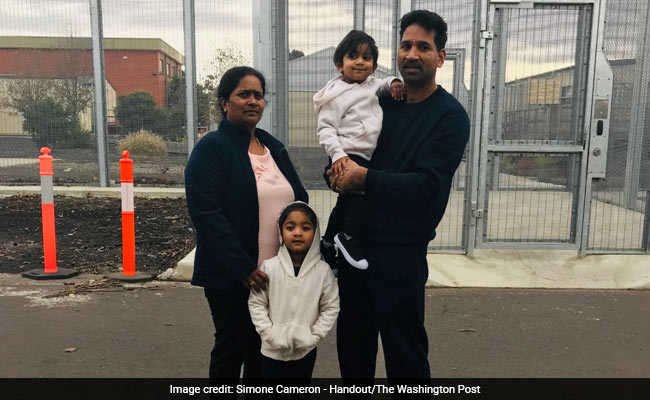 Biloela, population 6,000, is a small rural town in northeastern Australia. When the town's first - and hitherto only - set of traffic lights was built 10 years ago, residents were sent into a tizzy. Many families still work in coal mines or cotton farms. On weekends, people fish.

Biloela sits firmly in the voting territory for Australia's conservative National Party, but the more presiding rule, residents say, is that it's rude to talk about politics. Folks here have little interest in the issues that plague Parliament in Canberra - that is, until it took away one of their own.

In this past year, Biloela has campaigned vigorously against Australia's national government in defense of a Tamil family from Sri Lanka seeking protection against deportation, becoming the unlikely champion of immigration legislation along the way.

Kokilapathmapriya Nadesalingham and Nadesalingam Murugappan, who go by Priya and Nades, fled Sri Lanka amid a violent civil war and settled in Biloela five years ago. After failed attempts at securing the appropriate visas, the couple, along with their two Australian-born daughters, Kopika, 4, and Tharunicaa, 2, were seized by immigration authorities from their home last year and placed in a detention facility under deportation proceedings.

The case, laced with dramatic turns, has captured the attention of the Australian public. 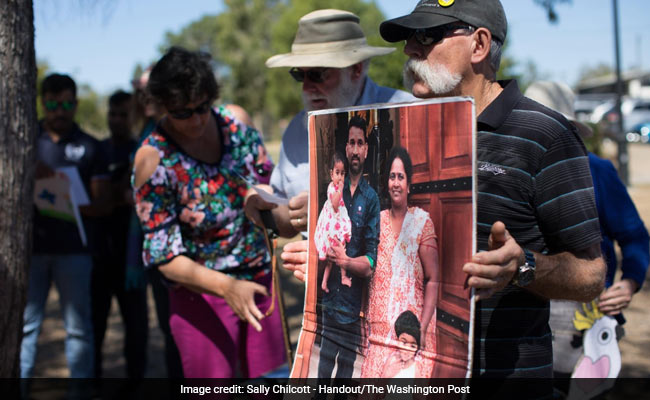 The family was seized without warning by Australian Border Patrol in a predawn raid last year and flown to a detention facility in Melbourne 1,000 miles away. Last week, it was ushered quietly into a chartered plane bound for Sri Lanka, only to be escorted out moments before takeoff by a last-minute injunction that afforded them a few more days in the country. Nades captured some of these experiences on video for advocates to circulate, including one particularly dramatic scene that shows his two daughters in the airplane wailing as their mother is dragged on board.

The family is now being held in a facility on Christmas Island, an external territory of Australia thousands of miles off the mainland's west coast, where the people are the only detainees, BuzzFeed News reported.

Since the plane incident, calls for the government to stop the deportation of the family have intensified, with thousands of people gathering for protests held across the country over the weekend. At the center of these efforts is Biloela, where friends, neighbors and strangers have worked for a year to get the family home, forming an online movement under the banner "#HomeToBilo."

Residents have turned out at vigils in force. Some have traveled hours to Melbourne to visit the family in detention. Last year, Margot Plant and Marie Austin, two grandmothers and longtime residents of the town, flew to Sydney for the chance to ask panelists on a question-and-answer television show to help with the case.

"The emotional swing that has occurred in this community has been extraordinary," Angela Fredericks, a Biloela resident and friend of the family, told The Guardian last week. "I've never seen a rage like that in Biloela. We're a polite town."

In the four years they spent in Biloela, the Tamil family had become a core part of the community, advocates say. Nades worked at the local abattoir and volunteered at a welfare services society, St. Vincent de Paul. Priya, The Guardian reported, often cooked for staffers at the hospital.

Simone Cameron, an organizer of the advocacy efforts who grew up in Biloela, said she has been surprised by the outpouring of support from her hometown.

"It's a very politically conservative town; that's not debatable," she told The Washington Post. "Growing up, I had never ever been to a protest or to a vigil about anything political."

"Even now, I think people are not thinking about it as global issues or politics," she continued, "It's a story about a family and a town that wants them back."

Outside of Biloela, the case has won over unlikely supporters such as Alan Jones, a conservative radio broadcaster who more often makes headlines for dropping the N-word on air or criticizing New Zealand's liberal prime minister, Jacinda Ardern.

"I find the government's behavior on this, and that of [Minister for Home Affairs] Peter Dutton, beyond disgraceful," Jones said on his program this week, adding that he has written personally to the prime Minister "for a bit of practical Christianity."

On Wednesday, a federal court extended the injunction delaying the deportation of the family to Friday afternoon.

Dutton, the minister for home affairs, has repeatedly rejected appeals for him to exercise the ministerial powers that allow him to grant visas to anyone, regardless of whether they have a justifiable case for asylum. Some advocates fear that he wants to make an example of Priya and Nades, citing the argument that Atlantic writer Adam Serwer used in 2018 to describe the immigration crisis in the United States: "The cruelty is the point."

But the family's allies in Biloela are not giving up just yet, Cameron said.

"We've been met with absolute silence for months, but we've found these stubborn reserves to keep pushing and pushing," she said. "What we want, really, is to bring our friends home." '

(Except for the headline, this story has not been edited by NDTV staff and is published from a syndicated feed.)
Comments
AustraliaBiloelaTamil family