"Our aim is to treat wild animals and get them back on their legs again in order to release them," businessman Alexander Fyodorov 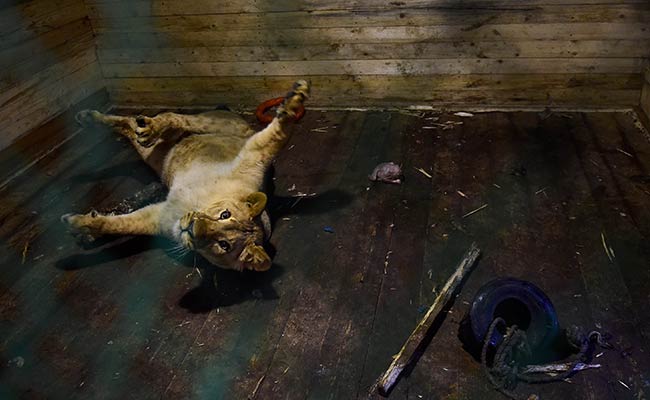 A lion that escaped from an airport, a crocodile found at a rubbish dump and an elk attacked by stray dogs -- all these animals have found refuge in an unusual private shelter in Russia.

Dozens of bears have also passed through the Veles centre, just outside Saint Petersburg, since it was opened in 2009 by businessman Alexander Fyodorov, who says he spent more than $1 million on the project.

"Our aim is to treat wild animals and get them back on their legs again in order to release them if that's possible," he said of the centre in Rappolovo, 20 kilometres out of Russia's second city.

"Some of the animals were found after accidents, others were abandoned. Sometimes their stories are like the plot of a film," said Fyodorov.

One particularly dramatic story is that of a lioness called Elza, who escaped in Saint Petersburg's Pulkovo airport in December last year.

"Elza was sent from Grozny (the capital of Chechnya) by a Chechen businessman to his friend in Saint Petersburg as a New Year's gift," Fyodorov said.

"But the sleeping pills given to the lioness before the trip stopped acting too early. In the airport, the lion broke her cage open and made a run for it." 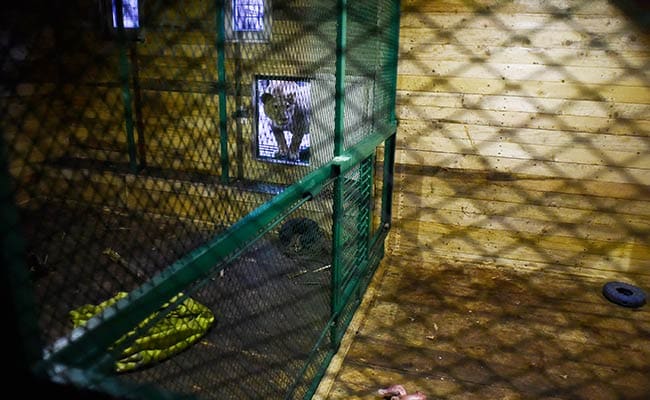 The lion was soon captured and later taken to her new owner, but he quickly realised that "it was impossible for him to keep a lion" and brought her to the shelter.

At the time, keeping wild animals at home was not illegal, but a law was recently enacted that bans the practice from next year.

Less is known about the background of the crocodile named Gena who was found at a rubbish dump north of the city.

Keeping exotic wild animals as pets has long been fashionable among certain rich or novelty-seeking Russians but often ends unhappily with animals mistreated or escaping.

Other animals come to the shelter after incidents in the wild.

Two years ago, while still a foal, an elk called Alyuminka was badly hurt by stray dogs attacking her. Elks are still common in European Russia, living in forests. She now paces the enclosure in Rappolovo.

"Those animals that could not survive in the wild stay here," said Alexander Teplyakov, a 45-year-old volunteer at the centre.

Four staff and around 10 volunteers work in Rappolovo, where the animals are kept in huge cages or enclosures around a large stone building housing a medical facility.

Despite Russia's huge size, human activity is increasingly encroaching on the animals' natural habitat and making it harder for them to survive in the wild.

The state does little to support them, even as President Vladimir Putin gives speeches praising Russia's natural heritage and enjoys occasional photo opportunities with wild animals.

"In Russia, you can count centres like this, where there is real help given to wild animals, on the fingers of one hand," said Svetlana Ilyinskaya, co-director of the Centre for Legal Protection of Animals, a Moscow NGO.

There are around 50 million abandoned pets in the country, particularly cats and dogs, that breed in the wild as owners often do not sterilise them, she said.

Ilyinskaya said that "there is no effective plan to help wild animals in need."

"There are no shelters, nor (public) awareness of what you should do if you find a wounded animal in the wild. There's also no law that could protect them against industrial development," she said.

And for private shelter owners like Fyodorov, the costs are prohibitive.

"I'm not sure how long we can go on," he said, explaining that profits at his construction business had been hurt by the economic crisis that hit Russia in 2014.

"You can't predict the future," he said, admitting that his friends think he is "crazy" for maintaining the shelter.

(Except for the headline, this story has not been edited by NDTV staff and is published from a syndicated feed.)
Comments
animals escape from airportanimals at private shelter