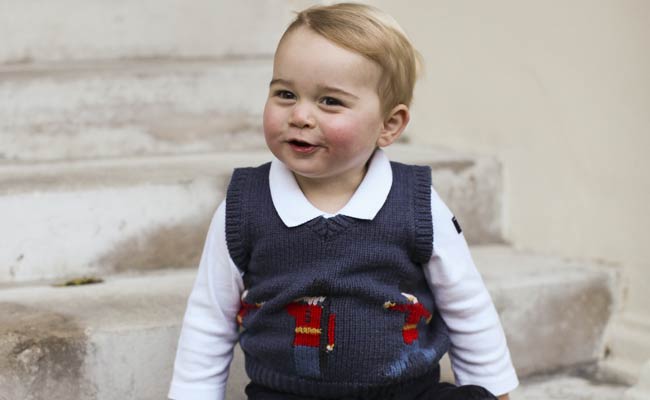 In this picture taken in November 2014, Prince George poses for a photograph in a courtyard at Kensington Palace, London. (Associated Press)

London: The office of Prince William and his wife Kate warned today that paparazzi attempts to photograph their son Prince George were becoming increasingly "alarming" and urged media to boycott their pictures.

In an open letter, Kensington Palace communications secretary Jason Knauf said that "a line has been crossed and any further escalation in tactics would represent a very real security risk" to the two-year-old prince.

"Prince George is currently their (the paparazzi's) number one target," said the letter.

"We have made the decision to discuss these issues now as the incidents are becoming more frequent and the tactics more alarming."

The royal couple guards the privacy of their children closely and George has only appeared in public five times, most recently at the christening of his younger sister Charlotte last month.

Most media publications have respected the family's wishes to only publish official photos of the prince, which have been released intermittently.

But some publications, mainly from abroad, have not.

In one incident last week, police apparently discovered a car parked near a children's play area in which a photographer had hung sheets to create what the palace called "a hide stocked with food and drinks to get him through a full day of surveillance".

The photographer was lying in the boot trying to take pictures with a long lens through a small gap.

"In a heightened security environment, such tactics are a risk to all involved," the letter said.

Other incidents detailed include multiple attempts to snap the prince in private parks, the monitoring of the movements of the prince and his nanny, the tailing of family vehicles and the use other children to draw George into view around playgrounds.

Photographers have also been found hiding in fields and woodland around the couple's country home in Norfolk, eastern England, and in sand dunes on a beach to take images of George playing with his grandmother.

"All of this has left the duke and duchess concerned about their ability to provide a childhood for Prince George and Princess Charlotte that is free from harassment and surveillance," added the communication.

Prince William is thought to be particularly wary of the paparazzi because he blames them for his mother's death in a Paris car crash in 1997.

Although this is not the first such letter that royal officials have released pleading for privacy, the warning is the strongest and most detailed yet.

The letter said it hoped that a "public discussion" of the issues would underline to publishers "the power they hold to starve this disturbing activity of funding".

"We are aware that many people who read and enjoy the publications that fuel the market for unauthorised photos of children do not know about the unacceptable circumstances behind what are often lovely images," it added.

The royal couple will continue to seek legal advice to deal with individual cases.