The 42-year-old Rishi Sunak has faced down similar jibes related to a so-called "privileged" upbringing. 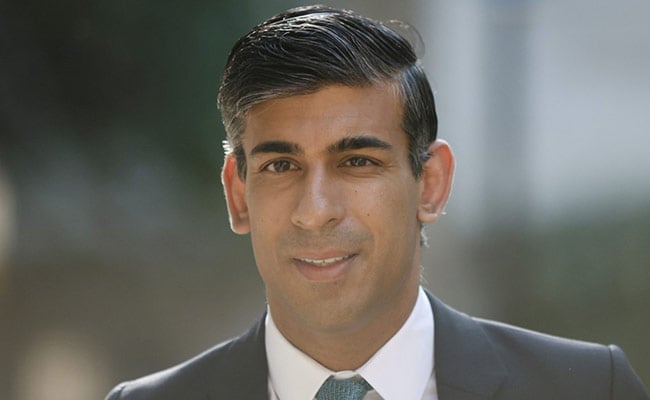 Rishi Sunak's personal wealth as a perceived barrier in his path to connecting with the wider British electorate suffering from post-pandemic economic turmoil is in focus among sections of the UK media on Friday.

The 42-year-old former Chancellor, who is now facing off Foreign Secretary Liz Truss in the last stretch of the campaign to replace Boris Johnson as Conservative Party leader and British Prime Minister, has faced down similar jibes related to a so-called "privileged" upbringing and wife Akshata Murty's family wealth associated with her Infosys shares.

On Thursday, 'Channel 4 News' aired an investigation entitled 'Rishi Sunak: Inside the Tory Leadership candidate's fortune', which questioned the Sunak camp's references to his "humble" and "modest" background and has been picked up by other publications on Friday.

"I think financially it was quite a huge commitment for us because the fees at Winchester [College] are double what you would pay if you went to the local school in Southampton. So, it was quite a large financial commitment," the report quoted Sunak's father, Yashvir, from a BBC interview from 2000.

However, while the channel highlights the Sunak's camp's claims of him being a scholarship student to the prestigious private school, the former finance minister himself has declared that his time at Winchester was the outcome of his family's hard work and sacrifice.

"I had the privilege of going to an incredible school. But I wasn't a scholarship child. Every penny was paid for by my parents' sacrifice. I don't know if I can ever thank them enough. So, I learnt early on that family matters," he said in a speech at the UK-India Awards ceremony on July 1, during which he also shared his experiences of working at his mother Usha's family pharmacy in his birthplace of Southampton.

The Channel 4 investigation also dug out land registry information to reveal that the prime ministerial hopeful started his property portfolio at the age of 21 with an interest-free loan from his parents to buy a GBP 210,000 one-bedroom flat in central London, which is today worth around GBP 750,000. It goes on to detail his American life, starting with a job at Goldman Sachs and then as a partner at an investment bank that was ultimately owned by a firm in the Cayman Islands, an offshore tax haven.

Channel 4 said that Sunak did not deny that he received assets in tax havens and any assets he had were subject to US tax, which was paid in full. "There's no suggestion Mr Sunak did anything illegal," the Channel 4 report goes on to say.

Records unearthed by the channel also show that, from about 2009, Sunak and wife Murty had been living in a luxury beach-front property in Santa Monica, California, which was listed for rent at USD 19,500 a month.

"Even if he wins over the Conservative membership to clinch the leadership and become Prime Minister, winning over the British public amid unprecedented economic turmoil may be a far tougher challenge," the channel's report concludes.

The "Ready4Rishi" campaign team responded by reiterating the central message that Sunak stands for Tory values of hard work and aspiration.

The statement said: "Rishi is the product of a lot of hard work, kindness and sacrifice. His father was a GP [general practitioner] who worked and his mother was a pharmacist, and he used to help out on the weekends. They both worked all hours to ensure they could give their children the best education they could because they value that above all else. He is dedicated to this country because of the opportunity it gave to him, his parents and his grandparents who moved here for a better life." It comes as the latest YouGov survey of Conservative Party members showed his opponent, Liz Truss, extending her lead amongst those who would vote to decide the next British Prime Minister 62 per cent to 38 per cent.

The poll of 730 out of an estimated 160,000 Tory voters taken on Wednesday evening and Thursday morning highlights the scale of the challenge ahead for Sunak, who has enjoyed a comfortable winning streak with his party colleagues in the knock-out ballots so far.