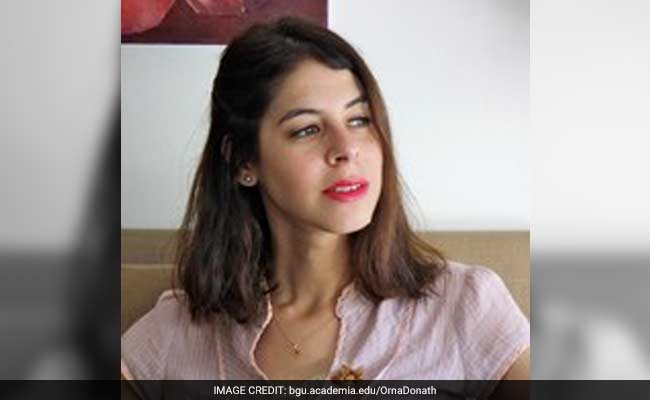 Berlin, Germany: Is it possible to regret becoming a mother? The question first posed by an Israeli researcher has stirred a debate in Germany like in no other country, shattering a long-held taboo.

"In Israel, it was settled in a week. In Germany, it has lasted for months," said sociologist Orna Donath, whose study "Regretting Motherhood" was published in 2015.

Tired of hearing that she "would regret" not having a child, the researcher collected testimonies from 23 women who, on the contrary, love their own kids but would, truth be told, prefer not to have had them.

The book taps into a usually-unspoken maternal ambivalence that may be far more common than previously acknowledged in many places, including Germany, whose fertility rate is less than half that of Israel's.

Several German books have since been published on the subject, including "The Lie of Maternal Happiness" by Sarah Fischer, along with almost-weekly newspaper columns, television chat shows and Twitter debates with the hashtag #RegrettingMotherhood.

"More than a third of women with a university education remain childless here, a situation that is unique in Europe," said scholar Barbara Vinken, who published an analysis on the "myth of the German mother" in 2001.

Speaking to AFP, Vinken said Donath's study touched a chord in Germany because it "radically questions the joy of having children in a society that expects everything from mothers, and where the mothers demand everything of themselves."

The notion that children's well-being depends on their mothers and not on the society around them or their fathers, is deeply entrenched in Germany and creates real obstacles to women's careers.

"It's not like in France, where you can have a glass of champagne during your pregnancy, limit the time you breastfeed and go back to work and adult life three months after giving birth," Vinken said, contrasting Germany with its far more fecund neighbour.

A mother who returns to the office without taking maternity leave for a year -- or often three -- opens herself up to being branded a "Rabenmutter" (raven mother) -- women who dump their kids in childcare so they can pursue their personal goals.

The political discourse has evolved since Angela Merkel took power a decade ago, ushering in new policies targeting the low birth rate including expanding nursery spots and creating incentives for fathers to take parental leave.

But cultural change has been slower in coming, with the top-selling Bild daily railing as recently as last summer against women who "pursue careers, wear trouser suits, drink smoothies and work out".

The male columnist was not finished: "They look like men. They are not mothers. They no longer wake up at night when their child is afraid of thunder and lightning."

On a slightly less strident note, the book "Doing Away With Mothers" -- which was serialised by the respected weekly Die Zeit -- argued that "traditional" motherhood was being "devalued" by the push for women to contribute to the economy.

The media, meanwhile, swing wildly between calls to "offer other images of motherhood" that are less self-sacrificing, and taunts against "whining" young women who are obsessed with their own fulfilment.

"These children are the parasites of well-being. They are disturbing mummy in her search for herself," Die Zeit wrote sarcastically.

Remarkably, the idea of doing more to bring fathers into the mix has not really caught on. A recent study by the DIW economic institute found that even women who work full time do three hours of housework per day, exponentially more than the men in their lives.

Meanwhile, some women have opted to stay out of the "mummy wars" entirely, defending their right not to have children rather than waging daily battles about parental roles and career opportunities in Germany.