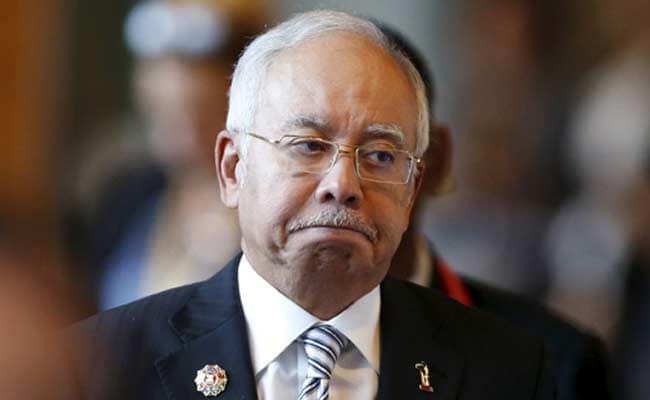 Huge sums were looted from Malaysian sovereign wealth fund 1MDB and used to buy items ranging from a super-yacht to artwork, in a fraud allegedly involving Najib and his inner circle.

The allegations contributed to ex-prime minister Najib's shock 2018 election loss, and he has since been put on trial over the scandal. He denies any wrongdoing.

The call came shortly after the US filed lawsuits seeking to recover large amounts allegedly pilfered from 1MDB, with Riza accused of receiving money to fund his production company Red Granite.

Najib urged the crown prince to help fabricate a loan agreement for Riza which would suggest money that flowed to him was "a legitimate... financing package, it's not money-laundering", according to the recording.

"At the moment he's under a bit of pressure in America, I'm worried about him in case they make him a scapegoat," he said.

"He's totally innocent, all he wanted was to make movies."

Red Granite, which produced the Leonardo DiCaprio film "The Wolf of Wall Street", later settled with US authorities but Riza has been charged in Malaysia.

In another call, Najib pressed the crown prince to meet him to resolve a dispute between 1MDB and the emirate's sovereign wealth fund, relating to repayments on bonds that the Malaysian fund had missed.

The agency played nine recordings of phone conversations from 2016 to the media, which also included Najib allegedly colluding with a then public-prosecutor to hide wrongdoing.

Najib told reporters at court, where he is currently on trial over the scandal, that he was "surprised" by the revelations.