The bitter clash has forced OPEC+ to halt talks twice already, with the next meeting scheduled for Monday, putting markets in limbo as oil continues its inflationary surge above $75 a barrel. 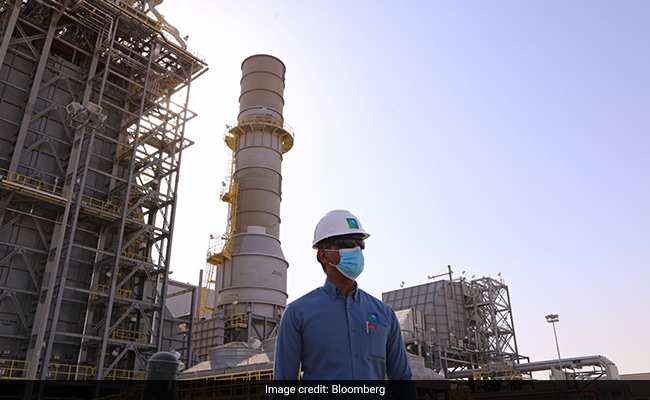 OPEC+ is scheduled to meet again virtually on Monday at 3 p.m. Vienna time.

Saudi Arabia and the United Arab Emirates cranked up the tension in their OPEC standoff as the rare diplomatic spat between long-time allies leaves the global economy guessing how much oil it will get next month.

The bitter clash has forced OPEC+ to halt talks twice already, with the next meeting scheduled for Monday, putting markets in limbo as oil continues its inflationary surge above $75 a barrel. With the cartel discussing its production policy not only for the rest of the year, but also into 2022, the solution to the standoff will shape the market and industry into next year.

The fight between the two key producers broke into public view on Sunday with both countries, which typically keep their grievances within the walls of the royal palaces, airing their differences on television.

Riyadh insisted on its plan, backed by other OPEC+ members including Russia, that the group should increase production over the next few months, but also extend its broader agreement until the end of 2022 for the sake of stability.

"We have to extend," Saudi Energy Minister Prince Abdulaziz bin Salman said in an interview with Bloomberg Television on Sunday night. "The extension puts lots people in their comfort zone."

In an indication of the seriousness of the diplomatic dispute, Prince Abdulaziz signaled that Abu Dhabi was isolated within the OPEC+ alliance. "It's the whole group versus one country, which is sad to me but this is the reality."

Hours earlier, his Emirati counterpart, Suhail al-Mazrouei again rejected an the extension of the deal, supporting only a short-term increase and demanding better terms for itself for 2022.

"The UAE is for an unconditional increase of production, which the market requires," Al-Mazrouei told Bloomberg Television earlier on Sunday. Yet the decision to extend the deal until the end of 2022 is "unnecessary to take now."

Abu Dhabi is forcing its allies into a difficult position: accept its requests, or risk unraveling the OPEC+ alliance. Failure to reach a deal would squeeze an already tight market, potentially sending crude prices sharply higher.

But a more dramatic scenario is also in play -- OPEC+ unity may break down entirely, risking a free-for-all that would crash prices in a repeat of the crisis last year. That time, it was a disagreement between Saudi Arabia and Russia that triggered a punishing price war.

Months after that price war ended in a truce, the UAE unsettled the market again by floating the idea of leaving the cartel. It hasn't repeated the threat again this week, but when asked if the UAE might quit, the Saudi prince only said: "I hope not."

No Deal, No Oil

Prince Abdulaziz said that without the extension of the agreement, there's a fallback deal in place -- under which oil output doesn't increase in August and the rest of the year, potentially risking an inflationary oil price spike. Asked if they could hike production without the UAE on board, Prince Abdulaziz said: "We cannot." 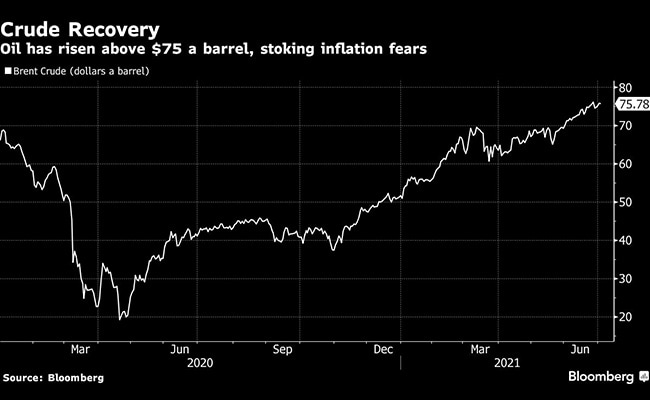 OPEC+ nations, oil traders and consultants were taken aback by the fight, and the apparent lack of communication between the two. Prince Abdulaziz said he had not spoken to his counterpart in Abu Dhabi since Friday -- even as he insisted he remained his friend.

"I haven't heard from my friend Suhail," he said, adding he was ready to talk. "If he calls me, why not?" Asked if more senior officials had been in touch, he declined to comment.

At the center of the dispute is a word key to OPEC+ output agreements: baselines. Each country measures its production cuts or increases against a baseline. The higher that number, the more a country will be allowed to pump. The UAE says its current level, set at about 3.2 million barrels a day in April 2020, is too low, and says it should be 3.8 million when the deal is extended into 2022.

Saudi Arabia and Russia have rejected re-calculating the output target for the UAE, fearing that everyone else in OPEC+ would ask for the same treatment, potentially unraveling the deal that took several weeks of negotiations, and the help of U.S. President Donald Trump as broker.

Prince Abdulaziz suggested that Abu Dhabi was cherry picking its new output target, and it would set a bad precedent. "What kind of compromise you can get if you say my production is 3.8 and this is going to be my base," he said.

In April 2020, Abu Dhabi accepted its current baseline, but it doesn't want the straitjacket to stay on for even longer. It has spent heavily to expand production capacity, attracting foreign companies too. With Iran potentially returning to the oil market soon if it reaches a nuclear deal, patience for getting new terms is wearing out.

OPEC+ is scheduled to meet again virtually on Monday at 3 p.m. Vienna time, although Prince Abdulaziz suggested it wasn't set in stone. He wouldn't comment on the chances of finding a consensus, saying he would work hard to seek one. "Tomorrow is another day."