June Kenton, 82, who is still on the board of the company, published her memoirs entitled "Storm in a D-Cup" last year but said there was "nothing" in it that should have caused offence to the royals. 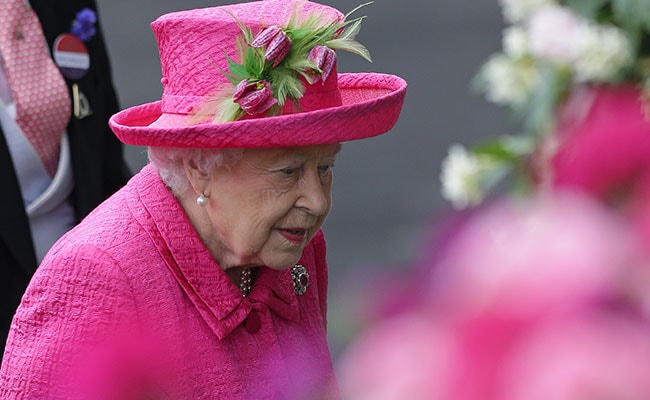 June Kenton, 82, who is still on the board of the company, published her memoirs entitled "Storm in a D-Cup" last year but said there was "nothing" in it that should have caused offence to the royals.

Kenton described her first bra-fitting session with a half-dressed Queen Elizabeth in the 1980s and recounted a personal anecdote told by the monarch's mother, the Queen Mother, British media reported.

It also said that Princess Diana would come in for bra fittings and take away posters of models in lingerie for her teenage sons, William and Harry.

"I can confirm the warrant for Rigby & Peller is cancelled but I can't go into the details why," a spokesman for the Royal Warrant Holders Association told AFP.

"A royal warrant can be cancelled at any time for various reasons," the spokesman said, explaining that royal warrants are also reviewed every five years.

Royal warrants are the official mark given to suppliers to Britain's royal family and often offer a major commercial boost for companies.

Only around 800 companies have the right to use royal coats of arms on their products and business cards.

Luxury department store Harrods lost its royal warrant in 2000, after its owner Mohamed al Fayed accused the royals of masterminding the 1997 car crash that killed Diana and his son Dodi.

Rigby & Peller said in a statement it was "deeply saddened" by the decision but declined to comment further "out of respect for her Majesty the Queen and the Royal Warrant Holders Association".

"However, the company will continue to provide an exemplary and discreet service to its clients," it said.

Kenton said she had been told by Buckingham Palace six months ago that they "didn't like the book" and she should no longer have a royal warrant.

"I'm very sad Buckingham Palace took exception to the story -- it's a kind and gentle story about what went on in my life," she said.

"I think it's unbelievable. It's just upsetting at the end of my life but what can I do. I can't fight with Buckingham Palace and I wouldn't want to," she said.

(Except for the headline, this story has not been edited by NDTV staff and is published from a syndicated feed.)
Comments
Queen Elizabeth IIRigby & Peller