Queen to grace British stamps even if Royal Mail is privatised 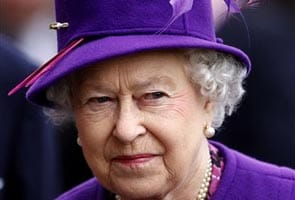 London: A youthful Queen Elizabeth II will continue to grace the British stamps even after the Royal Mail is privatised, media reports said.

After listening to the views of members of both houses of parliament and raising the matter with Buckingham Palace, government has decided to build in a new safeguard, the largely circulated 'Sun' reported.

Now, the government will amend a postal services bill to ensure that the image remains on the stamps even if the Royal Mail is sold off to a private buyer, the report said.

A loophole was recently discovered that the Queen's image could be legally removed.

"At the moment there is no legal requirement for stamps to use the Queen's head. Royal Mail has always done this voluntarily by convention as they are extremely proud of their Royal connection," Postal Affairs Minister Ed Davey said.

"I can't see any reason why any future owner would want to change this as it's a very valuable and prestigious tradition. So, our amendment is really a fail-safe and I would be astounded if the power ever needs to be used," Davey said.

Moya Greene, Royal Mail's chief executive, said: "The monarch's head has been a key feature of Royal Mail stamps since the Penny Black was issued in 1840. We are very proud of our long-standing Royal association. It's unthinkable that Royal Mail stamps would not have the image of the monarch so we strongly support any measure that fully protects that key feature of our stamps," Greene said.