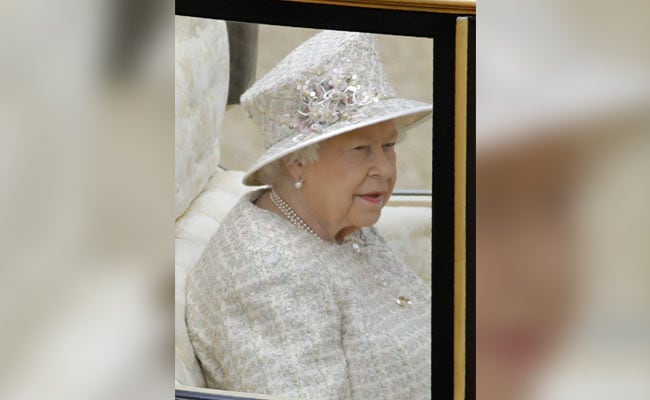 But the PM would face a bigger problem: Queen Elizabeth II could stop him or her first. (FILE PHOTO)

Boris Johnson is threatening to suspend Britain's Parliament to force through a no-deal Brexit if he becomes prime minister -- and some politicians are planning to fight him in court.

But he would face a bigger problem: Queen Elizabeth II could stop him first.

As the front-runner to succeed Theresa May later this month, Johnson has committed to take the United Kingdom out of the European Union on Oct. 31, without a deal if necessary. Fearing an economic crash if Britain leaves without an agreement, members of Parliament have pledged to stop him, by bringing down his government if necessary.

In response, some Conservatives have called for the next prime minister - whether it's the front-runner Johnson or his rival Jeremy Hunt - to simply stop Parliament from sitting.

But that's outraged other members of the party. Former prime minister John Major said it would be "utterly and totally unacceptable" and he'd take legal action to try to stop a successor suspending Parliament in that way.

The power to prorogue - as it is formally called - lies not with the prime minister but with the monarch. As with her other powers, it is usually deployed at the request of the prime minister. That's why some academics, such as Vernon Bogdanor of King's College London, think the Queen "would follow the advice of her prime minister."

"The question constitutional experts are all debating is whether the Palace could say 'No,'" said Catherine Haddon of the Institute for Government. "It's all something of a gray area in our system."

One of the long-standing goals of both Buckingham Palace officials and government civil servants has been to keep the monarch out of any political controversy. "The Sovereign does not become publicly involved in the party politics of government," according to the Cabinet Manual, the government's official guide to the British constitution.

Cabinet Office Minister David Lidington, May's de-facto deputy, has taken that to heart. "I do think it's a really important principle that senior elected politicians of all parties do their utmost to keep the sovereign out of politics," he told MPs. But he's unlikely to be part of a Johnson administration.

Haddon said government aides would be likely to urge the prime minister not to put the monarch in a difficult situation by asking the question.

"A constitutional showdown between Parliament and the executive of the order of the Civil War is definitely something that the palace would prefer not to be dragged into," Haddon said. The 17th Century English Civil Wars followed from King Charles I's confrontations with Parliament and saw him executed.

The palace will already have been in contact with civil servants to discuss the issue, according to royal biographer Hugo Vickers. "It puts the Queen in an extremely difficult position," he said. "Probably a lot of advice has already been given, and she can ask for further advice."

If the prime minister went ahead and asked the question anyway, the queen would still have options. The crucial constitutional point is that a prime minister is appointed, and entitled to advise the monarch, on the basis that they have the support of the House of Commons.

"If the request for prorogation is to dodge an impending vote of no confidence, then by definition that confidence is not assured," Robert Hazell and Meg Russell, of the University of London's Constitution Unit, wrote in a blog post. "Hence the Queen could reasonably ask the prime minister to reconsider, or to withdraw the request."

Or she could stall, by saying she needs the advice of the Privy Council, the ceremonial body made up of current and former ministers. That might well give a Parliament that was trying to challenge the prime minister the time it needed to render the question of prorogation irrelevant.

On Thursday, Chief Secretary to the Treasury Liz Truss, a prominent supporter of Johnson's leadership campaign, said proroguing should remain as a possibility.

"It's not something that I would like to see but I think it's very important not to box off options," Truss told reporters. "At this stage of negotiations it's vital not to close off any avenues."

In contrast, Hunt said he wouldn't countenance the possibility. "It would be a rather curious thing to do if this is about taking back control for Parliament to actually shut it down," Hunt said in a TV debate on Tuesday evening.