Qatar's state-owned Katara Holding is buying full ownership of the iconic hotel that has hosted celebrity guests and featured in movies. 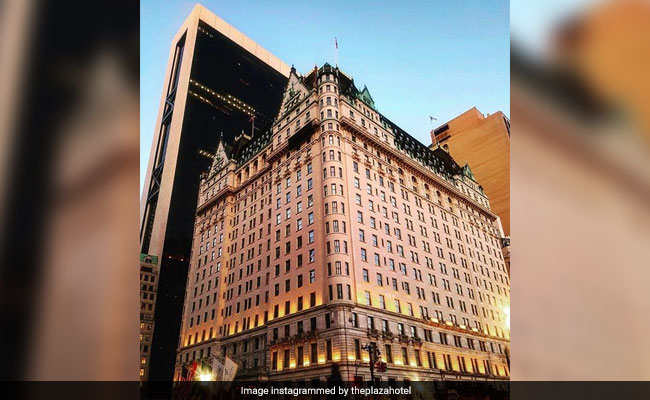 The Plaza Hotel deal is the largest investment in the Western property market by Qatar.

The tiny but ultra-rich Gulf state of Qatar has agreed to buy one of New York's most iconic buildings, the Plaza Hotel, for around $600 million, adding a development that was once owned by U.S. President Donald Trump to its luxury property portfolio.

Qatar's state-owned Katara Holding is buying full ownership of the hotel, including a 75 percent stake from Indian business group Sahara India Pariwar, a source familiar with the deal told Reuters.

Katara and Sahara were not immediately available to comment.

The source declined to be identified because the deal was not public.

Qatar has been buying top hotels and luxury properties in the West over the past decade as part of a drive by its $300 billion-plus sovereign wealth fund to diversify the wealth it accumulates from gas and oil exports.

Qatar, the world's largest exporter of liquefied natural gas, already owns landmark hotels such as The Savoy and The Connaught in London.

Its wealth fund, the Qatar Investment Authority (QIA), has also invested in large Western companies such as carmarker Volkswagen and mining giant Glencore.

The pace of Qatar's overseas investment had been expected to slow down amid a crisis in the Gulf after its neighbours - Saudi Arabia, the United Arab Emirates, Egypt and Bahrain - imposed economic sanctions on Doha for allegedly supporting terrorism.

Qatar denies the allegations and says the economic boycott is an attempt to undermine its sovereignty.

Qatar has had to inject dozens of billions of dollars into its economy, but in recent months has said the impact of the boycott has been mitigated, allowing it to resume large scale investments abroad, including buying a stake in Russian oil major Rosneft.

The Plaza Hotel deal is the largest investment in the Western property market by Qatar since the start of the blockade in June last year.

Trump bought the Plaza in 1988, but had to sell it to a group of investors including Saudi businessman Prince Alwaleed bin Talal more than two decades ago as part of a bankruptcy proceeding.

Prince Alwaleed had remained a minority shareholder in the hotel prior to the Qatari transaction. Alwaleed's Kingdom Holding did not immediately respond to a request for comment.

Sahara has been trying to sell its stake for several years amid financial difficulties for its chairman, Subrata Roy.

The Plaza has hosted guests including the Beatles and Marlene Dietrich, who performed there. It was also the site of Trump's marriage to Marla Maples in 1993.

The hotel has featured in movies including the 1959 American thriller by Alfred Hitchcock, "North by Northwest"; the 1991 drama "Scent of a Woman" starring Al Pacino; and the 1990 gangster drama "The King of New York" with Christopher Walken.