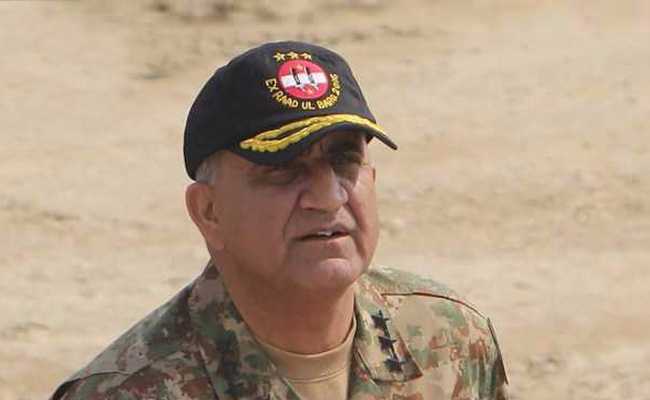 Pakistan Army chief General Qamar Javed Bajwa is in China for talks with the top Chinese leadership and defence officials amid reports that the new government led by Pakistan Prime Minister Imran Khan wants to renegotiate some of the projects under the multi-billion CPEC.

Qamar Javed Bajwa's visit comes days after Chinese foreign minister Wang Yi's trip to Islamabad during which he held a comprehensive round of talks with Imran Khan and Mr Bajwa among others.

During the visit, Mr Bajwa will interact with various Chinese leaders including his counterpart, it said.

After Wang Yi's visit, both China and Pakistan denied any differences over the projects related to the China-Pakistan Economic Corridor (CPEC) after Pakistan's Commerce, Textile, Industry and Investment Minister Abdul Razak Dawood was quoted as saying in a media report that Islamabad "should put everything on hold for a year so we can get our act together".

The minister is reported to have said this in an interview to the London-based Financial Times. He subsequently clarified that he was quoted out of context.

Reacting to the report, Chinese Foreign Ministry spokesman Geng Shuang said that "the Pakistan-China relations are unbreakable and Pakistani government's commitment to the CPEC is unwavering".

Geng Shuang also said that both sides have decided to extend the CPEC to western provinces like Khyber-Pakhtunkhwa and Balochistan, located close to the Afghanistan border.

Imran Khan in the past had accused the previous Pakistani government of depriving other provinces, specially Khyber Pakhtunkhwa and allocating major share of the projects to the dominant Punjab province.

Apparently, China in a move to address the growing concerns over the viability of the CPEC projects now plans to extend them to the western region to address the concerns of the new government.

Mr Bajwa's visit assumes significance as Wang during his visit praised Pakistani military's role in the close ties between the two countries, saying that it is a "staunch guardian of China-Pakistan friendship".

"China-Pakistan military relations are an important part of China-Pakistan all-weather strategic cooperative partnership and also a symbol of the high-level political mutual trust between the two countries.

"It is expected that the Pakistani military will make greater contributions to promoting the development of China-Pakistan relations," Wang said, according to an official statement issued by the Chinese Foreign Ministry.

The CPEC, a flagship project of the Belt and Road Initiative launched in 2015, is a planned network of roads, railways and energy projects linking China's resource-rich Xinjiang Uyghur Autonomous Region with Pakistan's strategic Gwadar Port on the Arabian Sea.