Ms Eldridge's luck changed last week when she was told Missie had been found and traced back to her via a microchip ID implant. 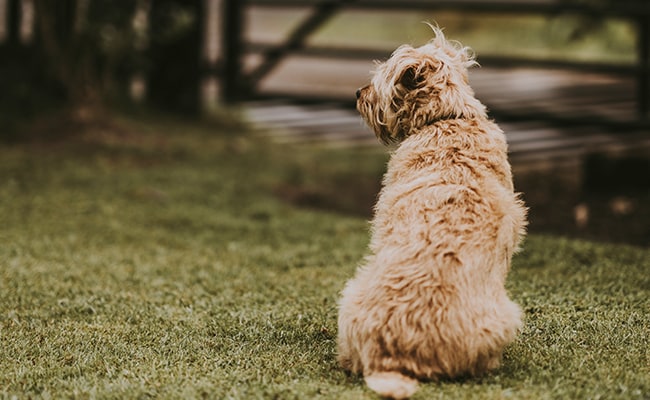 A woman in UK's Hertfordshire could not believe her luck when she was reunited with her lost dog which went missing more than a decade back. According to New York Post, 51-year-old Liz Eldridge, a worker in the National Health Service, had initially bought the dog, a border terrier named Missie, as a present for her son Oscar on his birthday. However, in February 2011, Missie vanished from their home in Harpenden, Hertfordshire. The distressed owner spent the next eight years driving all over the country chasing possible leads to find her beloved pooch, but to no avail.

The family gave up hope, thinking that the dog had been stolen. However, Ms Eldridge's luck changed last week when she was told Missie had been found and traced back to her via a microchip ID implant. Since the puppy disappeared so soon, Missie's microchip was still in the breeder's name. A member of the public had found the missing pooch and passed her over to animal control services, who got in touch with her original owner.

After an emotional reunion, Ms Eldridge told New York Post, '' It was a mixture of pure joy but also sadness, as Missie was in a terrible state. She had obviously been used constantly for breeding and was very nervous and timid. We believe she had been kept on a chain and beaten. Every time I went to put a lead on, she was so scared.''

However, Missie is settling in well with her original owners and is starting to learn how to trust people again.

The owner is also using this opportunity to urge all pet owners to get their dogs microchipped. Talking of its importance, she told Metro.co.uk, ''I hadn't got round to changing the breeder's details to mine so there were a few complications. We got there in the end, but I'd like this to be a lesson to all owners to remember to update their pets' details. It only takes a few minutes, but it's vitally important and could mean the difference between finding your pet or losing it forever.''