Tahira Habib Jalib, a resident of Mustafa Town in Lahore, is serving as captain of a private taxi service in the city to earn their livelihood, Geo TV reported. 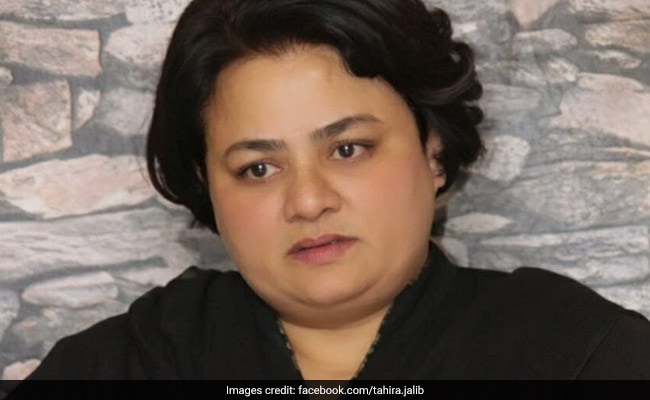 Pakistan's revolutionary poet Habib Jalib's daughter drives a private taxi in Lahore for the livelihood of the family after her mother's stipend was stopped in 2014 by the government of Pakistan state Punjab.

Tahira Habib Jalib, a resident of Mustafa Town in Lahore, is serving as captain of a private taxi service in the city to earn their livelihood, Geo TV reported.

On Wednesday, the Lahore Electric Supply Company sent an electricity bill amounting to Rs 75,000 to Tahira, who lives with her sisters and their children, the channel said.

"I am the sole bread-winner of the family and I drive a car to earn money," Ms Jalib was quoted as saying by the channel.

"The car that I am driving is brought on loan," she added.

Ms Jalib said that she does not feel any shame in driving a taxi as she is the daughter of Habib Jalib, who never compromised on principles till his death.

She said the monthly stipend of her mother was Rs 25,000, which was stopped in 2014 by the then government led by chief minister Shehbaz Sharif. The government of Punjab used to pay the stipend from the quota of the poets.

"The stipend was stopped days before my mother's death in 2014," she said.

Ms Jalib urged the government to resume the stipend and introduce poor-friendly system so that the poor earn their livelihood without difficulty.

"These leaders use my father's verses in their speeches but they do not take notice of the troubles faced by his children," she said, referring to political leaders who use her father's poetry in their political messages.

Habib Jalib, born on March 24, 1928, in Hoshiarpur village in undivided India, migrated to Pakistan after partition and worked as a proof-reader for an Urdu daily.

A progressive writer, he became the voice against then military dictators-- General Ayub Khan and General Zia-ul Haq.

Described as the people's poet, Habib Jalib was jailed multiple times by General Zia for writing poems against his rule. He was once arrested and beaten up by police for reciting poetry against the Zia regime at a protest march by women activists towards Lahore High Court.

When Jalib died in 1993, his family had refused to accept the government's offer of bearing funeral expenses.