On the birth of baby Archie, Prince William and Kate Middleton had earlier said, "We're absolutely thrilled - welcome to the Sleep Deprivation Society!" 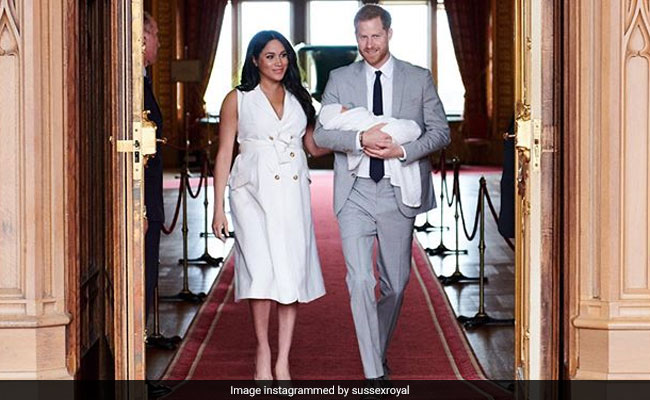 Prince William and Kate Middleton, Duke and Duchess of Cambridge, finally met their nephew Archie who was born last week.

On birth of bay Archie, the Kensington Royal had posted a video on Instagram, where Prince William and Kate Middleton said, "We're absolutely thrilled - welcome to the Sleep Deprivation Society!"

"We're absolutely thrilled - welcome to the Sleep Deprivation Society!" — The Duke of Cambridge on his and The Duchess's delight at the birth of The Duke and Duchess of Sussex's son

Meghan Markle gave birth to her and Prince Harry's first child on May 6. During a photo-call on May 8, they introduced their newborn to the world and announced that they have named their son Archie Harrison Mountbatten-Windsor, who was also blessed by his grandmother, Queen Elizabeth II.

The Duke and Duchess of Sussex are pleased to announce they have named their first born child: Archie Harrison Mountbatten-Windsor This afternoon Their Royal Highnesses introduced Her Majesty The Queen to her eighth great-grandchild at Windsor Castle. The Duke of Edinburgh and The Duchess' mother were also present for this special occasion. Photo credit: Chris Allerton ©️SussexRoyal

"It's magic, it's pretty amazing. I have the two best guys in the world so I'm really happy," Meghan Markle had said during the photo-call.

Meghan and Harry got married in a lavish ceremony on May 19 last year.  Baby Archie is the Queen's eighth great-grandchild, and seventh in line to the British throne.