Prince William and his wife Kate arrived in America for the first time in eight years on Wednesday, amid a new racism controversy. 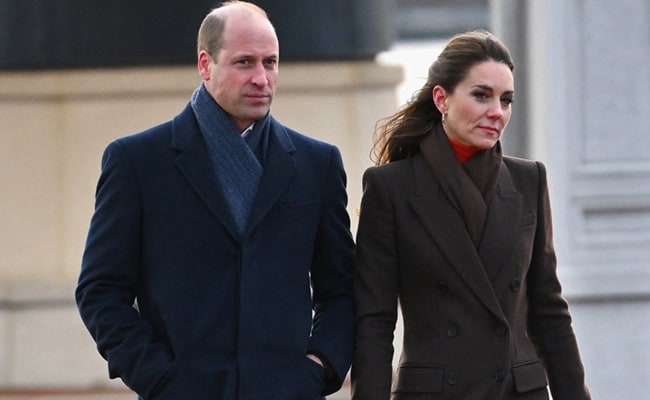 Under the shadow of a new racism controversy following his godmother's departure from the royal household for repeatedly asking a Black British woman where she was "truly" from, Prince William and wife Kate began their first trip to America in eight years.

During their visit to Boston, protesters heckled Prince William and Kate Middleton for "not been elected." According to The Metro, the Prince and Princess of Wales visited the Greentown Labs in Somerville, Massachusetts. When they arrived, protesters brandished posters that read "not elected and not Scottish" and "f*** the monarchy."

Their trip has already been overshadowed by the scenes of NBA fans booing the couple and chanting "USA, USA" as they sat courtside at a Celtics vs Miami Heat game in Boston.

A stadium announcer introduced them on the big screen after they stood for the national anthem, but they were met with a few boos in the crowd.

The trip is the royal couple's first overseas since the 40-year-old William became heir to the throne in September, when his father succeeded Queen Elizabeth II to become King Charles III.

They last visited the United States in 2014, when they went to New York and Washington, in a trip that included a reception at the White House with the then-president Barack Obama and his deputy, Joe Biden.

The White House said Biden will meet the royal couple on Friday.

"The president intends to greet the prince and princess of Wales when he is in Boston. We are still finalizing and working out the details," White House Press Secretary Karine Jean-Pierre told reporters.

Biden is scheduled to visit Boston for a Democratic Party fundraising event, while the British royals are coincidentally visiting the city for a charity event. It was not clear where the US president would see the royal couple.