Harry and Meghan, the Duke and Duchess of Sussex, will attend a summit for young leaders in Manchester on September 5. 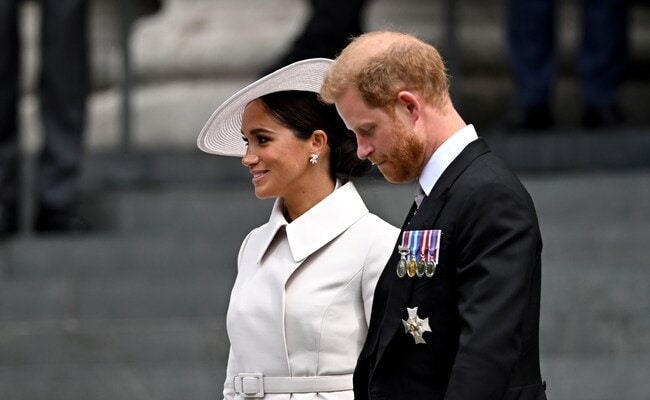 Prince Harry and Meghan Markle live in California with their two young children.

Prince Harry and his wife Meghan Markle will visit Britain and Germany in the first week of September as part of their work with charities, a spokesperson for the couple said on Monday.

The couple joined the royal family at a thanksgiving service in London in June as part of Queen Elizabeth's Platinum Jubilee celebrations, their first public appearance in Britain since quitting royal duties two years ago.

Harry and Meghan, the Duke and Duchess of Sussex, will attend a summit for young leaders in Manchester on September 5 and an awards ceremony for seriously ill children on September 8.

They will also attend an event in Germany on September 6 to mark one year to go until the 2023 Invictus Games for injured veterans, which are due to be held in Dusseldorf.

Harry, Queen Elizabeth's grandson, moved to the United States with Meghan in 2020 to lead a more independent life. They live in California with their two young children.