Fundamental Bond Between Us Will Remain Strong: Prince Charles On Visit To Germany

Talks over the next few days are seen as crucial for any deal before time runs out at the end of the year, when the post-Brexit transition period ends. 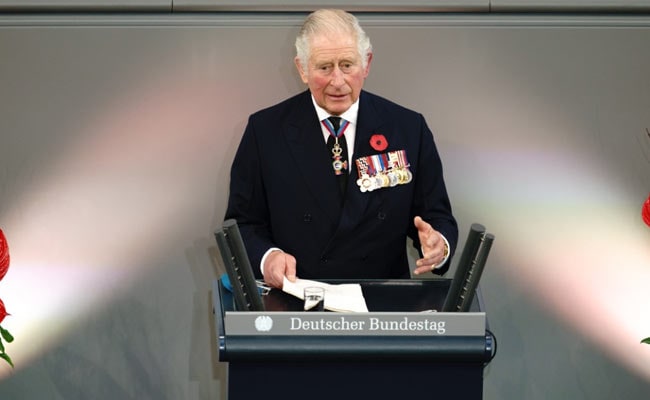 "We will always be friends, partners and associates," Prince Charles said.

Britain's Prince Charles on Sunday said bonds between his country and Germany would "remain strong" as he visited Berlin against a backdrop of increasingly tense Brexit talks.

"We will always be friends, partners and associates," the heir to the British throne said as he visited the German capital with his wife Camilla to mark National Memorial Day, an annual tribute to the victims of war.

"The fundamental bond between us will remain strong," he said in a speech at the Bundestag lower house of parliament, describing Brexit as "a new chapter in our long history".

Britain, which left the EU in January, is negotiating a trade deal to govern relations after December 31, when it stops abiding by EU rules.

Talks over the next few days are seen as crucial for any deal before time runs out at the end of the year, when the post-Brexit transition period ends.

In their first joint overseas visit since the start of the coronavirus pandemic, Charles and Camilla had earlier been welcomed by President Frank-Walter Steinmeier at Berlin's Bellevue Palace.

Charles then laid a wreath in memory of victims of war and oppression at the Neue Wache memorial building alongside Steinmeier, Defence Minister Annegret Kramp-Karrenbauer and other dignitaries.

British royals have visited European countries several times since the country voted to leave the EU in 2016.

During a visit to Germany in 2017, Prince William said Germany and Britain "proudly share the same values" and their relationship would "continue despite Britain's recent decision to leave the European Union".

Charles and Camilla last visited Germany, which currently holds the rotating presidency of the EU, in May 2019.

Germany's National Day of Mourning was introduced in 1919 to commemorate the victims of the First World War.