On Wednesday night, the Duke and Duchess of Sussex said that they would be "stepping back" as senior royals. 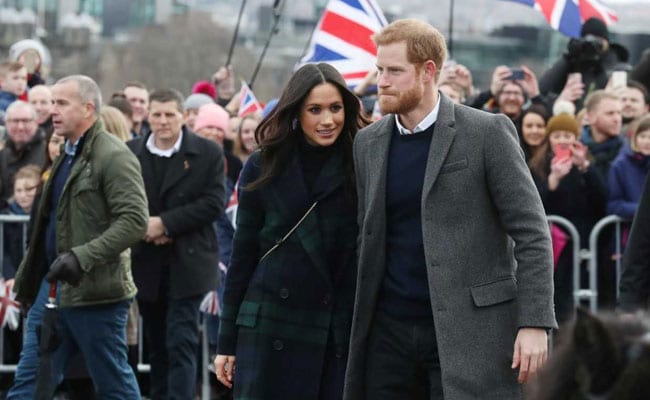 Queen Elizabeth II has ordered all four royal households of the UK to find "workable solutions" to the crisis with Prince Harry and his wife Meghan Markle "within days not weeks", following the announcement that the Duke and Duchess of Sussex were stepping back as "senior royals" and would work to become financially independent, according to a source.

The royal family was working "at pace" to sort out the new situation after Wednesday's shock announcement, metro.co.uk reported citing the Buckingham Palace source as saying on Thursday.

On Wednesday night, the Duke and Duchess of Sussex said that they would be "stepping back" as senior royals, adding that they wanted to become financially independent and would divide their time between the UK and North America.

But the Queen and other members of the family were said to be "hurt" by their decision.

It was also reported that Harry and Meghan reportedly ignored instructions from the Queen not to go public with their announcement.

According to the Evening Standard, Harry's father Prince Charles and his brother William, the Duke of Cambridge only received the statement 10 minutes before it was released.

The Buckingham Palace has refused to give out details, but it was likely that royal aides were organising the Harry's showdown meeting with his father and the Queen, the metro.co.uk report said.

"We understand their desire to take a different approach, but these are complicated issues that will take time to work through," it said in a statement.

Harry and Meghan's step comes just months after Prince Andrew stepped back from his duties after a BBC interview about his ties to late American sex offender Jeffrey Epstein.

Harry and Meghan communicated their plans shortly after returning from a lengthy trip to Canada, where the former actress lived for seven years while she was filming the TV series "Suits".

A few weeks before Christmas, the couple's problems dealing with the pressure of being in the bright media spotlight all the time were highlighted in a documentary aired on Britain's ITV television channel.

Apple's 270 US Stores Open For First Time Since Pandemic Began