In 1992, President George H.W. Bush was described as being amazed by an electronic grocery scanner, technology that had been in use for more than a decade. 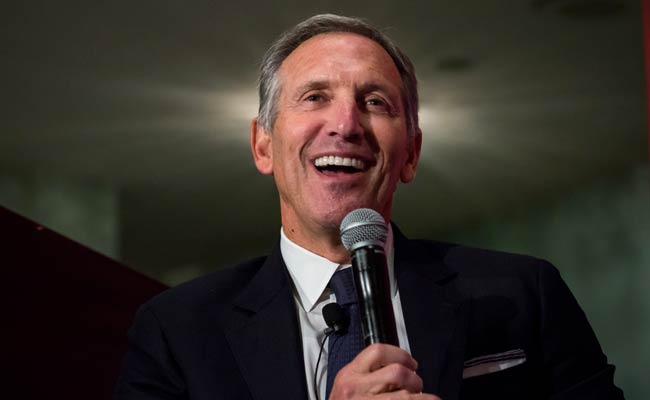 Schultz is not the first candidate to be stumped by the campaign-trail version of "The Price Is Right."

You would think an aspiring politician who used to be the CEO of a food company would be able to answer the question that so often stumps people on the campaign trail: What is the price of (insert grocery product here)? It's one of those gotchas designed to assess how "in touch" a person running for our nation's highest office is with the common people. But even though the price of common food and drink is of critical importance to Starbucks, Howard Schultz is, above all, a billionaire who probably does not shop for groceries, and that familiar question proved to be a test he could not pass.

When asked on "Morning Joe" Wednesday about the price of a box of Cheerios, Schultz, who is exploring running as an independent for president, did not have the answer.

"An 18-ounce box of Cheerios? I don't eat Cheerios," he told host Mika Brzezinski. When she told him it costs $4, he seemed surprised, saying, "That's a lot."

Which makes you wonder: If Schultz thinks $4 is expensive for cereal, then by extension, isn't a $4 coffee "a lot?" After all, an 18-ounce box of Cheerios will feed a family breakfast for nearly a week, and contains whole grains and fiber. A grande cafe mocha, which is about $4, will caffeinate you for a few hours. Heck, you can get a whole box of Cheerios for just 50 cents more than a two-pack of cake pops at Starbucks.

Schultz is not the first candidate to be stumped by the campaign-trail version of "The Price Is Right." During his 2007 presidential campaign, Rudy Giuliani, now President Donald Trump's attorney, underestimated the cost of milk and bread by more than half. During his first presidential campaign, candidate Barack Obama posed a question at an Iowa rally: "Anybody gone into Whole Foods lately and see what they charge for arugula? I mean, they're charging a lot of money for this stuff." (At the time, there were no Whole Foods locations in Iowa.)

And the mechanics of grocery shopping is confusing to wealthy politicians who, presumably, have had staff members doing it for them for years. In 1992, President George H.W. Bush was described as being amazed by an electronic grocery scanner, technology that had been in use for more than a decade. Though his team later clarified that he had been impressed by a particular scanner that could read torn bar codes, it damaged his public image, making people think he was out of touch.

Trump has conveyed a lack of basic knowledge about groceries this year, too. In August, he related voter ID laws to grocery shopping, saying, "If you go out and you want to buy groceries, you need a picture on a card, you need ID. . . . You go out and you want to buy anything, you need ID and you need your picture." You need an ID to buy alcohol, cigarettes or cold medicine, or pay with a check - but you don't need one to buy, say, an 18-ounce box of Cheerios.

Trump did it again during the federal shutdown: When Commerce Secretary Wilbur Ross made widely criticized comments suggesting that he did not understand why furloughed workers needed to visit food banks, the president chimed in, claiming that grocery stores would "work along" with furloughed employees because "they know the people" and have been "dealing with them for years."

"Local people know who they are, when they go for groceries and everything else," Trump said of furloughed workers. "And I think what Wilbur was probably trying to say is that they will work along."

Schultz has been a critic of Trump, but a cluelessness about groceries seems to be something the two wealthy men have in common. There have been calls from some pundits and other people for him to stay out of the race, citing fears that an independent candidacy would siphon away Democratic votes and could help re-elect Trump. That Schultz remains one of the largest Starbucks shareholders has led to another call: for a boycott of those $4 coffees.

(Except for the headline, this story has not been edited by NDTV staff and is published from a syndicated feed.)
Comments
StarbucksHoward Schultz