The woman and her husband were eating at the popular chain Xiabu Xiabu on September 6 when she discovered the dead rat in the hotpot. 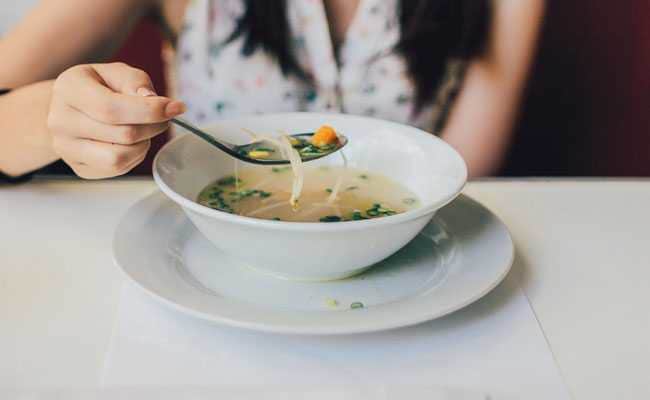 The restaurant allegedly offered the woman $3,000 to abort the baby. (Representational)

A popular restaurant in China has been shut down after a pregnant woman found a dead rat in her soup and claimed that restaurant staff offered her money to get an abortion if the meal affected her unborn child's health.

The woman and her husband were eating at the popular chain Xiabu Xiabu on September 6 when she discovered the dead rat in the hotpot, South China Morning Post reported.

The outlet in Shandong province has now been temporarily suspended, a BBC report said on Thursday.

The woman's husband, Mr Ma, said he alerted restaurant staff to the situation and was offered cash for abortion if they were worried about the health of the baby.

Mr Ma said he and his wife went to the hospital where she had a checkup to ensure the baby was healthy.

The restaurant allegedly later offered the couple 5,000 yuan ($728) in compensation for the incident - a price he was willing to negotiate after the hospital visit, he told the newspaper.

Health officials investigated the restaurant, but found no traces of rats. However, the eatery was shut down temporarily for other violations, including pooled water in the food processing areas and using produce suppliers without full qualifications.

In a statement released to the South China Morning Post, Xiabu  Xiabu said it had always placed great emphasis on food security and would make any necessary improvements.

Photos of the boiled rat quickly spread on Chinese social media site Weibo, where users reacted with anger and disgust. "I feel like vomiting. I'm never going to eat hotpot outside again," said one user.

"Xiabu Xiabu has always been one of my favourite restaurants, I thought they were quite clean as well... I can't believe this," another commented.

"If something happens to her baby how are they going to compensate her? Is a life worth only 20,000 yuan?" one asked.