Pregnant US Woman Tests Positive For Drugs. Her Home Was Once A Meth Lab

Elisha Hessel said she and her husband were having headaches and "sinus-type" issues more than normal in the home. Her husband told KSDK that their cats also had seizures. 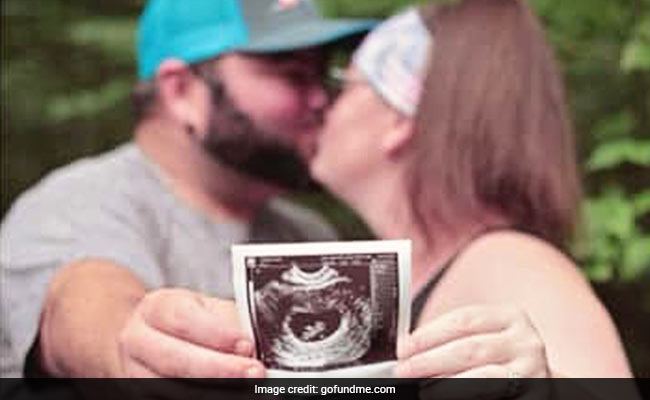 The couple discovered that their home was once a meth lab and that affected them.

A Missouri couple were on their way to living their own American Dream when devastating tests made them alter their plans.

Elisha and Tyler Hessel bought their first home in Jefferson County, Missouri, last year and planned to use one of the rooms for a nursery. After three years of trying to have a child, they found out they were finally going to be parents.

The celebration of the news was short-lived when a routine pregnancy test came back positive for amphetamines in June.

"I did not have a way to explain that because we're not around any type of drugs," Elisha Hessel told television station KSDK.

Confounded by the test results, the couple began researching online and talking with their neighbors about the home. A test showed that their house had unsafe levels of amphetamines, according to KSDK. Their home, the couple soon discovered, was on the Jefferson County 2013 list of meth lab seizures, according to the local news outlet.

Concerned for their unborn daughter's welfare, Elisha told The Washington Post that she and her husband are staying with her mother as their home undergoes an expensive remediation process that will likely result in the house being stripped down to its studs.

Experts stress the importance of learning a home's history and the failing of laws across the country that prevent such cases.

A recent case study by the Centers for Disease Control and Prevention of an Australian family of five that lived in a former meth lab found that each member experienced "adverse health effects" but were most pronounced in the youngest child, who was 7, including "asthmalike symptoms, trouble sleeping, and behavior changes."

Elisha Hessel said she and her husband were having headaches and "sinus-type" issues more than normal in the home. Her husband told KSDK that their cats also had seizures.

Twenty-three states have regulations about drug lab decontamination, disclosure laws and contaminated-property listings, according to Meth Lab Clean Up Co. Missouri requires a seller to disclose in writing that methamphetamine production occurred on the property if the seller had knowledge of the methamphetamine production. The Hessels didn't ask for disclosure, Elisha said.

Jefferson County, where the Hessels live, passed an ordinance nearly a decade ago that would require sellers to disclose such information. If a home tested positive for methamphetamine above legal limits, the owner must hire a qualified contractor to decontaminate the home and report the results to the county.

The Missouri State Highway Patrol reported that Jefferson County had the most meth-related seizures of labs, chemicals, equipment and dumpsites in 2018. The county has led the state in its number of recorded meth incidents going back to 2004.

Once a home is contaminated, there are few options: deconstructing a property, cleaning all the surfaces very well and ventilating for years or encapsulating the materials, according to Glenn Morrison, professor of environmental science and engineering at the University of North Carolina at Chapel Hill.

The Hessel house must be ripped down to studs because of the level of toxicity and because the meth vapors have penetrated so many surfaces within the structure, said indoor environmental specialist Tom Alford.

Home buyers can take a few steps to avoid being in a situation like the Hessels, according to experts. Kits available online can detect meth, a the Drug Enforcement Administration has a National Clandestine Laboratory Register database at dea.gov.

The cost to get the Hessel home remediated will exceed its worth, Elisha said. The couple hae started a GoFundMe page to help with the expenses. The couple told KSDK they couldn't afford the retainer fee for a lawyer who suggested taking the home insurance company to court to cover the cost of remediation.

The Hessels could potentially sue for the sellers for breach of representation or fraudulent misrepresentation if they did have knowledge of the home's meth history, but both options are hard to prove in the state, said Marc Jacob, a Missouri-based real estate attorney. Most of the time, the seller probably doesn't know, he said.

"In my law firm, I've seen people end up in bad situations, and in 7 out of 10 of those cases there's no one to blame," he said, noting that a case like the Hessels' is a rarity in his practices.

Elisha Hessel said her recent tests have come back clear, but she will be tested on the day of her delivery next year.

"We just wanted to bring attention to the fact that this could be in any house and happen to anyone," she said. "It just so happened that we found out one of the worst ways possible."