"I would like to express to the victims my sadness, sorrow for the trauma they have suffered and also my shame, our shame, for the church's inability, for too long, to put them at the centre of its concerns," Pope Francis said. 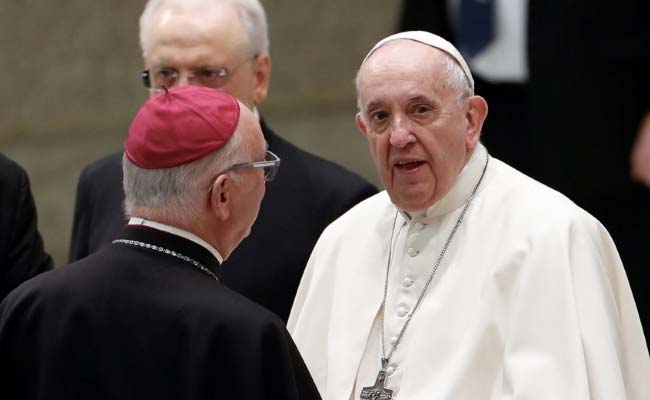 "This is the moment of shame," Pope Francis said.

Pope Francis said on Wednesday he was saddened and ashamed by the Catholic Church's inability to deal with sexual abuse of children in France and that the Church must make itself a "safe home for everyone".

"I would like to express to the victims my sadness, sorrow for the trauma they have suffered and also my shame, our shame, for the church's inability, for too long, to put them at the centre of its concerns," Francis said at his weekly general audience.

Speaking a day after a major investigation revealed that French clergy had abused more than 200,000 children over 70 years, the pontiff invited Catholics in France to take responsibility for what had happened in order to make the Church a "safe home for everyone".

"This is the moment of shame," he said, calling on bishops to make every efforts to ensure that "similar tragedies do not happen again".

Jean-Marc Sauve, head of the commission that compiled the report, said the Church had shown indifference towards the abuses for years, preferring to protect itself rather than the victims, many of them aged between 10 and 13.

The height of the abuse was 1950-1970, the commission said in its report, with an apparent resurgence in cases in the early 1990s.

The pontiff added that he was close to French priests dealing with a "hard, yet healthy" challenge.

The Pope had already expressed his gratitude to victims for the courage they had in coming forward and denouncing what they had been through.

Later on Wednesday, a Vatican court is expected to hand down a sentence to a man who is now a priest for alleged sexual abuse committed in a youth seminary in the Vatican before he was ordained.

The trial is the first in the Vatican concerning sexual abuse that allegedly occurred on Vatican territory.