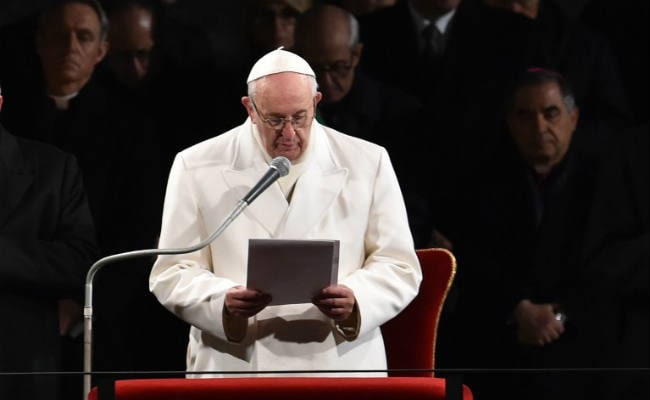 Pope Francis said he also prayed that God would "stop the hands of the violent ones who sow terror and death".

VATICAN CITY: Pope Francis on Monday condemned the Easter suicide bomb that killed at least 70 people in Pakistan, many of them Christians, as "hideous" and demanded that the country's authorities protect religious minorities.

Addressing thousands of people in St. Peter's Square on Easter Monday, a religious holiday, the pope said Pakistan had been "bloodied by a hideous attack that massacred so many innocent people, mostly families of the Christian minority".

The pope, speaking from the window of the Vatican's Apostolic Palace to crowds in the square below, called the Sunday evening attack in a busy park in the Pakistani city of Lahore, "a vile and senseless crime".

"I appeal to civil authorities and all sectors of that nation to make every effort to restore security and serenity to the population, and in particular to the most vulnerable religious minorities," he said.

Pope Francis, leader of the world's 1.2 billion Roman Catholics, said he also prayed that God would "stop the hands of the violent ones who sow terror and death".