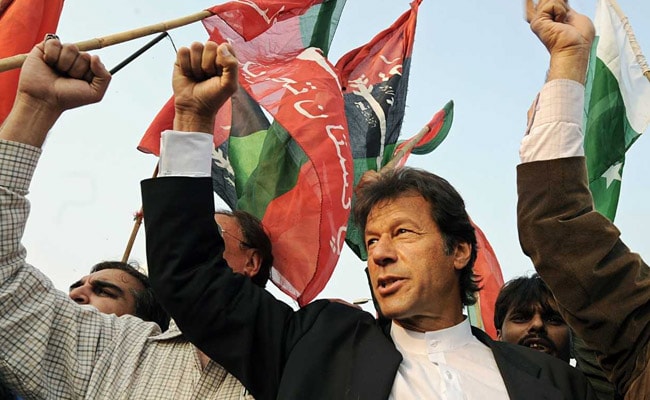 Although over 12,500 candidates are vying for national and provincial assembly seats as Pakistan goes to polls on Wednesday, all eyes are on the constituencies of the three main players of the July 25 election - Pakistan Muslim League-Nawaz President Shehbaz Sharif, Pakistan Peoples Party Chairman Bilawal Bhutto Zardari and Pakistan Tehreek-e-Insaf chief Imran Khan.

His party, PTI, founded in 1996 has governed Khyber-Pakhtunkhwa but long had to settle for a handful of seats nationally in the last election.

The younger brother of ex-Prime Minister Nawaz Sharif, Shehbaz became President of the PML-N after the former's ouster.

Shehbaz Sharif occupies a key position in politics, having spent more than 10 years as Chief Minister of Punjab, which represents over half the country's population of 207 million.

While he will be against Muhammad Mansha Sindhu (PPP), Samina Khalid Ghurki (PPPP), Haider Ali (MMA) and Amjad Naeem (TLP) in the NA-132 poll run.

Bilawal's mother Benazir Bhutto, the first woman to lead a Muslim country, was assassinated in 2007. His grandfather Zulfikar Ali Bhutto, also a Prime Minister of Pakistan, was hanged in 1979.

At 29, Bilawal has little experience and the chance of election victory for his family's PPP is deemed almost nil -though he could become kingmaker by joining forces with the PML-N or PTI, if either fail to win an outright majority. The task would be difficult for the scion of a family who once dominated Pakistani politics but whose party is now in decline, even challenged in their stronghold in Sindh.

Bilawal is contesting the first election of his political career from four constituencies, including Lyari NA-246 which is considered a PPP stronghold.

The PPP chairman is also contesting from NA-8, Malakand and will be up against Amir Nawab (PML-N), Junaid Akbar (PTI), and Maulana Gul Naseeb Khan    (MMA) among others.

He is also standing for a National Assembly seat from (NA 200) Larkana 1 and will be against Halima Bhutto (PTI), Mehboob Ali (PSP) and Rashid Mehmood Soomro (MMA) among others.