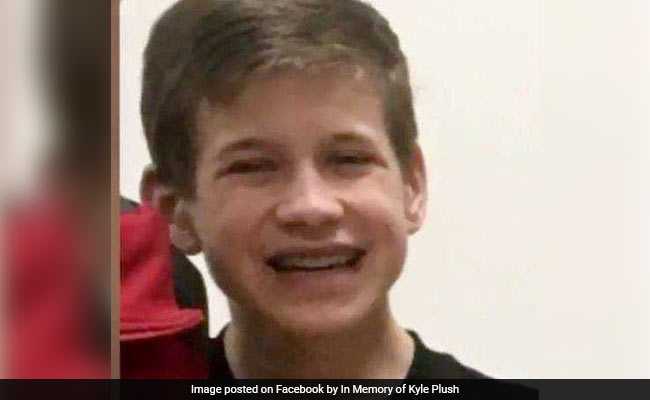 Kyle Plush ,who seemed to be laboring to breathe, kept asking for police while on a 911 call

Officers responding to a 911 call from a high school student trapped and dying in his minivan stayed in their patrol car after arriving on campus, according to body camera videos released by Cincinnati police Friday.

The video comes a week and a half after the death of sophomore Kyle Plush. Hours after the officers' unsuccessful search, the 16-year-old was found dead by his father in a Honda Odyssey. Cincinnati police, as well as the Hamilton County prosecutor's office, have launched investigations to try to determine what went wrong - both inside the van and at the 911 call center.

"We owe the Plush family and the public a detailed and comprehensive explanation of everything that has been done, recommendations made and actions taken at the 911 center that could have had any bearing on the practices that may have contributed to this tragedy," Cincinnati Mayor John Cranley, D, said in an April 12 statement.

When the teenager called 911 on April 10, he knew his situation was dire.

He did not tell authorities what had happened to him when he apparently used an automated assistant on his smartphone to make the call Tuesday outside Seven Hills School in Cincinnati. He said only that he was trapped in his minivan and could not hear them - no doubt hoping they could still hear his cries for help.

"Help, help, help, help," he told the dispatcher, according to 911 audio obtained by The Washington Post. Then he let out a scream: "Help!"

The teen, who seemed to be laboring to breathe, kept asking for police - briefly pausing between each word to try to catch his breath.

The dispatcher repeatedly asked the teen where they could find him.

"I can't hear you," the teen said. Distant banging could be heard in the background. "I'm in desperate need of help. . . . I'm going to die here."

"Help -" he said once more, then the call abruptly ended.

Five minutes later, at 3:21 p.m., police responded and searched the area near the private school on Red Bank Road but did not see the teen, according to a statement from the Cincinnati Police Department.

In a conversation between the dispatcher and a deputy, the dispatcher said that it had been difficult to hear the teen, saying he sounded "kind of far away from the phone." The dispatcher said she could hear banging in the background and someone saying, "Help, help, I'm stuck." The authorities then discussed whether the 911 call might have been a prank.

In the two newly released videos, one from each officer, the cameras captured the immediate area in front of the windshield as the police entered the parking lot and drove around. At one point, an officer can be heard saying, "I don't see nobody, which I don't imagine I would." Neither officer exited the vehicle at any point while the body cameras were recording.
The videos run for slightly longer than three minutes each. The Cincinnati Enquirer reported that police documents said officers were on the scene for 11 minutes. 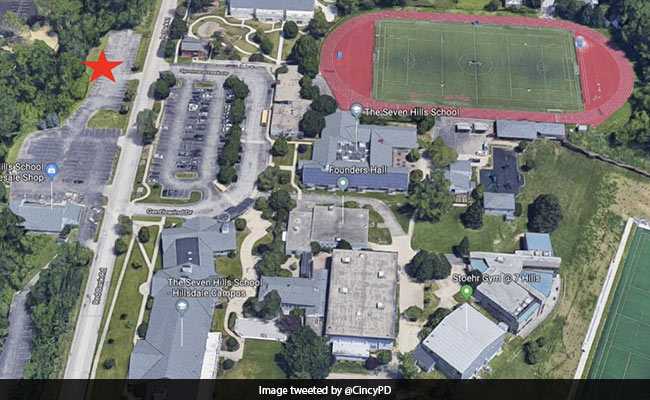 Police received a 911 call from Kyle Plush from this location

According to Cincinnati police policy, body cameras must be activated when "officers arrive on-scene" and may be deactivated after "clearing the call for service."

Lt. Steve Saunders, a police spokesman, said the department had no additional comment because an internal investigation is ongoing.

Nearly six hours later, Kyle's father found him unresponsive in the vehicle, police said. First responders rushed to the scene but could not revive the teen, and he was later pronounced dead.

"Horrific, horrific situation to come across as a parent," Saunders said Thursday in a phone interview.

The Enquirer reported that a law enforcement source it did not name told the newspaper that the teen had climbed onto the rear bench seat in the family's minivan. The teen was trying to reach his tennis equipment, according to the newspaper, when the seat "flipped up and over toward the back hatch, pinning him upside down beneath the seat."

The Hamilton County Coroner's Office said in a statement that preliminary autopsy results showed that Kyle died of "asphyxia due to chest compression."

"This was a horrific tragedy. What I say is that we share in their heartbreak around this," Cincinnati Police Chief Eliot Isaac said during a news conference. "Police officers, firefighters and even our emergency dispatch personnel - you get into this because you want to help. Something went wrong here and we need to find out why we weren't able to provide that help that we hoped we could have."

Cranley called the circumstances surrounding Kyle's death "devastating" and said they "raise concerning questions about our city's emergency 911 system and police response. While it is unclear if there is wrongdoing by the city in this tragedy, we have a profound responsibility to find out."

After Kyle's frantic call for help, a dispatcher tried to call him back - but the teen was not able to answer his phone.

As heard in the 911 audio, the teen's phone rang and rang, then the call went to his voice mail: "Hello, this is Kyle. I'm not available right now. I'll get back to you as soon as I can."

Then, at some point, Kyle called police a second time.

During that call, which lasted several minutes, he sounded weaker and something could be heard creaking in the background as the teen took breaths. He then told the dispatcher to pass along a message after his death.

"I probably don't have much time left, so tell my mom that I love her if I die," he said. "This is not a joke. This is not a joke. I'm trapped inside my gold Honda Odyssey van in the sophomore parking lot of Seven Hills [unintelligible]. Send officers immediately. I'm almost dead."

"Can you hear me?" the teen asked.

"Hey Siri," he prompted his phone.

But his pleas went unanswered.

Authorities said responding officers, who were on the scene at the time, never received the detailed information from Kyle's second 911 call. The dispatcher who took that call, identified as Amber Smith, has been placed on administrative leave pending an internal investigation, police said.

Authorities said that a classmate called Kyle's parents late last Tuesday, saying that he did not show up for a scheduled tennis match.

The teen's parents then used an app to track his cellphone and called the police, reporting that their son was missing, police said.

Just before 9 p.m., a passerby also called authorities from the school, saying that a man was running around the parking lot, screaming, "Call 911." The caller said he could hear "loud bangs" and could see cars parked and people walking around, according to the police audio.

Then another caller, who identified himself as a night-shift worker at the school, called police to report that the teen, who was unresponsive, was trapped in the van - "turned over in his seat and stuck."

Isaac, the police chief, told reporters that upon arrival, responding officers found Kyle in the van, "not breathing and unresponsive."

A Honda spokesman told the Associated Press that vehicle involved in the incident was a 2004 Honda Odyssey. Although there was a recall last year on seats in some Odysseys, the spokesman said there were no such recalls for the model Kyle was in.

"Our hearts go out to the victim's family during this difficult time," Honda spokesman Chris Martin said of the teen, according to the Associated Press. "Honda does not have any specific information from which to definitively determine what occurred in this incident."

Seven Hills School said in a statement Thursday that students and staff members are "grieving the loss of this beloved member of our school family." It described Kyle as "a young person of keen intelligence, good humor, great courage," adding that "we feel this loss profoundly."

The school said it could not comment further, citing the ongoing investigation.