Polar Vortex Threatens To Send US, Europe Into Deep Freeze

To be clear, forecasters aren't expecting the cold to be as brutal as during the 2014 polar vortex, which was an extreme example of Arctic weather marauding south. But it will feel unmistakably like winter. 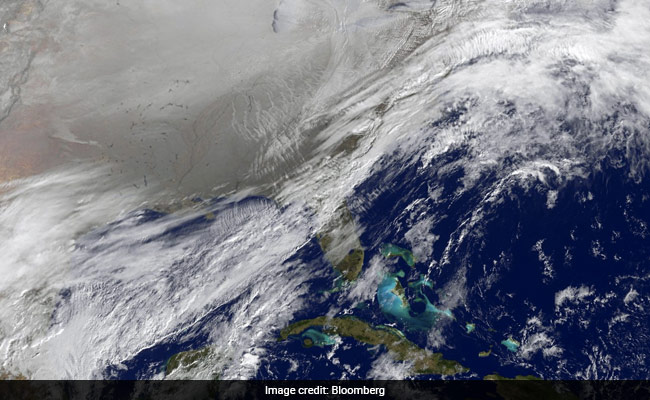 A satellite image shows the entry of a large area of low pressure, from Polar Vortex, into Northern US.

High in the atmosphere above the North Pole, a spike in temperatures may soon send bone-rattling chills spilling down through the Northern Hemisphere.

The icy blasts threatening to sweep across North America, Europe and Asia starting in late January are from the same weather pattern that triggered the 2014 cold snap known as the polar vortex, which plunged temperatures in Chicago to minus 16 degrees Fahrenheit (minus 27 Celsius).

It's common during winter for frigid air to roar down from the Arctic. But the cold mostly stayed bottled up around the North Pole in the season of 2019-2020. Now, after a nearly two-year hiatus, winter is threatening to return at last.

"Things are really setting up for an exciting period for cold and snow," said Todd Crawford, lead meteorologist with the Weather Co., an IBM business.

To be clear, forecasters aren't expecting the cold to be as brutal as during the 2014 polar vortex, which was an extreme example of Arctic weather marauding south. But it will feel unmistakably like winter.

The cold has already descended upon Western Europe and China, sending prices for gas in Spain, and liquefied natural gas in Asia, to record highs. Paris has been 3.5 degrees below normal and Madrid 6.9 degrees cooler, while Beijing temperatures fell to a record low of minus 9 Thursday, said Tyler Roys, a meteorologist at AccuWeather Inc.

The vortex of seven years ago kept shoppers indoors, grounded flights and made it harder for shippers to fill product orders. This year, the pandemic has already hobbled travel and in-store shopping. Snowstorms, however, could be a nightmare for delivery services.

Technically, the polar vortex refers to a band of winds that encircle the Arctic and keep the cold locked far to the North. But with that temperature spike, known as sudden stratospheric warming, the band can buckle, allowing frigid air to head south. Gas traders used to call it the "polar pig."

That could mean chills anywhere in the Northern Hemisphere, though this year it's likely to end up in the U.S. according to Ryan Truchelut, president of Weather Tiger LCC. A wave of deep cold could give the Great Lakes and East Coast their first real blast of frigid winter weather, along with a storm pattern that delivers snow storms as well.

It will be a big shift for the U.S., where winter has been a bit lackluster so far. In New York, January readings have been 5.1 degrees above normal through Thursday, and Chicago has been 7.2 degrees warmer for the month.

Still, there's no guarantee it will happen. While a sudden stratospheric warming usually leads to a burst of frigid weather, sometimes the clockwork of gears in the atmosphere doesn't deliver.

"Many times in the past, the forecast for a cold weather event across the country resulted in a false alarm," said Jim Rouiller, lead meteorologist with the Energy Weather Group LLC.