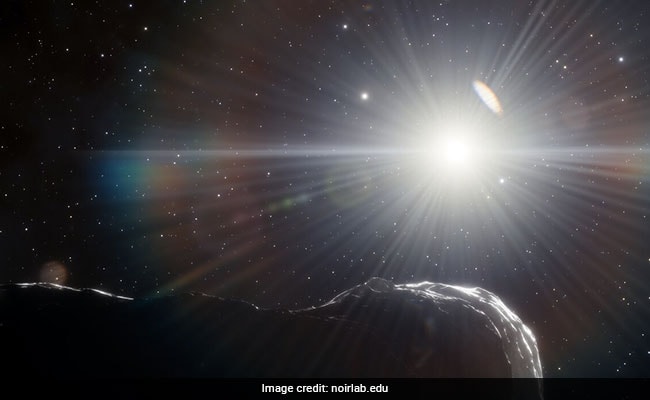 Three enormous asteroids that had been lying unnoticed in the Sun's glare have been discovered by a team of researchers. One of these three asteroids has the potential to be a "planet killer," posing a threat to the Earth. The Astronomical Journal published a report on the discoveries on Monday, describing three near-Earth asteroids (NEA) discovered in Chile using a Dark Energy Camera.

The asteroid, named 2022 AP7, is 1.5 kilometres (0.9 miles) broad and has an orbit that could eventually bring it into Earth's field of view, however, it is unclear when this will happen.

"The asteroids belong to a group found within the orbits of Earth and Venus, but they're incredibly difficult to observe because the brightness of the sun shields them from telescope observations," reported CNN.

To avoid the sun's glare, astronomers leaped at the chance to conduct their observations during the brief window of twilight. An international team spotted the space rocks while using the Dark Energy Camera located on the Victor M. Blanco 4-meter Telescope located at the Cerro Tololo Inter-American Observatory in Chile.

"Our twilight survey is scouring the area within the orbits of Earth and Venus for asteroids," said Scott S. Sheppard, an astronomer at the Earth and Planets Laboratory of the Carnegie Institution for Science and the lead author of the paper describing this work. "So far we have found two large near-Earth asteroids that are about 1 kilometer across, a size that we call planet killers."

According to the National Optical-Infrared Astronomy Research Laboratory of US, finding asteroids in the inner Solar System is a daunting observational challenge. Astronomers have only two brief 10-minute windows each night to survey this area and have to contend with a bright background sky resulting from the Sun's glare. Additionally, such observations are very near to the horizon, meaning that astronomers have to observe through a thick layer of Earth's atmosphere, which can blur and distort their observations.