201 passengers and crew had all been escorted off the Boeing 787 jet with no serious injuries, said airport spokespeople. 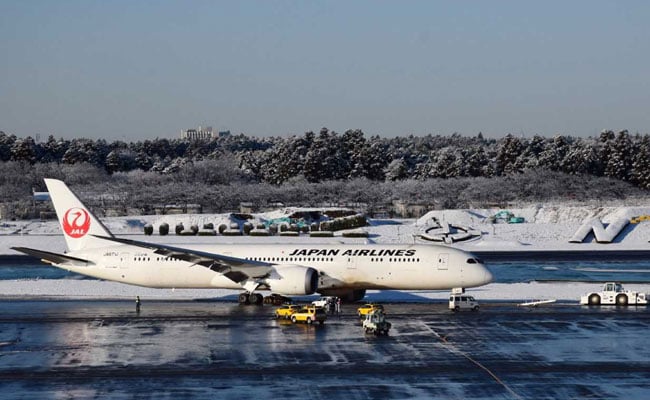 The accident involving the Boeing 787 forced a partial closure of Tokyo's Narita airport.

Spokespeople from the airport and the carrier said the 201 passengers and crew had all been escorted off the Boeing 787 jet with no serious injuries.

The accident forced the airport to close one of its two runways for an hour from 7 am (2200 GMT Thursday), Narita spokesman Kazuhiko Morio told AFP.

The runway was then closed again as the plane was moved out of a safety zone, Morio added.

The cause of the accident was not immediately clear but public broadcaster NHK said one of the plane's tyres may have slipped on a rare patch of snow on the runway.

The country's weather agency has forecasted light snow in part of the Kanto region in eastern Japan, including the area around Narita.

Television footage showed some snow lingering on the ground at the airport although runways and taxiways were clear.

Judging by the footage, the plane seemed to have sustained no damage in the accident.

(This story has not been edited by NDTV staff and is auto-generated from a syndicated feed.)
Comments
Japan AirlinesNarita AirportBoeing 787 jet