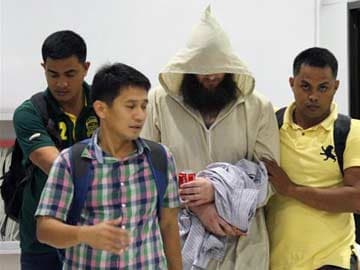 Manila: Philippine immigration authorities say they have deported an Australian Islamic preacher on suspicion of links to terrorists.

Elaine Tan, spokeswoman for the Bureau of Immigration and Deportation, says Robert Cerantonio, alias Musa, was accompanied on a flight to Melbourne late Tuesday by four Filipino immigration agents.

She said Thursday that the Cerantonio was an "undocumented foreign national" after the Australian government cancelled his passport. He was arrested two weeks earlier in central Lapu-Lapu city but faced no formal charges.

Promoted
Listen to the latest songs, only on JioSaavn.com
Philippine police say Cerantonio called for jihad on YouTube and lectured Filipino Muslims to support the Islamic militant group that controls parts of Iraq and Syria.

The Australian Federal Police say Cerantonio's social media postings were "offensive and disturbing" but did not violate Australia's law.