"Who Is This Stupid God", Asks Philippines President, Faces Outrage

Rodrigo Duterte took aim at the biblical creation story during a speech, raising the question of why God would create Adam and Eve and then expose temptation. 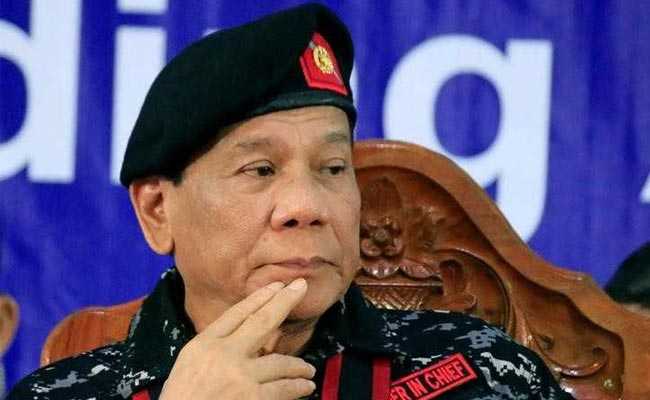 Philippine President Rodrigo Duterte faced growing outrage on Tuesday in his largely Catholic nation after calling God "stupid", the latest furore he has sparked with an unfiltered broadside.

Duterte took aim at the biblical creation story during a speech, raising the question of why God would create Adam and Eve and then expose them to temptation.

Original Sin is something Christian theologians have struggled to explain for two millennia. Duterte opted for characteristically colourful language as he broached this thorny catechism.

"Who is this stupid God?" the Philippine leader asked on Friday. "You created something perfect and then you think of an event that would tempt and destroy the quality of your work."

Leaders of the Catholic Church in the Philippines, which counts some 80 percent of the nation's more than 100 million people as believers, have condemned the statement.

"How can he be a President for all Filipinos if he does not have respect for the Catholic faithful?", Bishop Pablo Virgilio David wrote on Facebook.

The Philippine Council of Evangelical Churches joined in the denunciation on Tuesday, saying it is "completely inappropriate for our nation's president to derisively curse at the God of the Christian faith who is deeply worshipped... by a majority of Filipinos."

Duterte defended his comments in a speech on Monday, but on Tuesday his spokesman announced the president had formed a three-person committee for "dialogue" with religious groups about his comments.

"The theme will be how to lessen the rift between the government and Church," Harry Roque, told reporters.

Duterte has locked horns repeatedly with the nation's historically powerful Catholic Church, especially over its criticism of his deadly narcotics crackdown that has killed thousands.

He has also repeatedly used speeches to attack Australian nun Patricia Fox, who faces deportation proceedings over allegations she violated the terms of her visa by engaging in human rights activism.

Watchdogs have voiced concerns that the drug war killings have encouraged an environment of impunity in the Philippines that has spilled over into areas unrelated to narcotics.

Three priests have been slain since December, including one who was shot dead inside his church as he prepared to hold a mass.

Those killings sparked debate over whether clergymen should be armed for their own protection, a proposal the Church pushed back against.

The furore surrounding Duterte's comments on God follows a string of foul-mouthed insults against world leaders and institutions since he came to power two years ago.

Promoted
Listen to the latest songs, only on JioSaavn.com
He called then US president Barack Obama a "son of a whore" and levelled a similar insult at Pope Francis, while branding the European Union "stupid" over its criticism of his drug war.

"Guide" Taliban: Beijing To US Amid Fear Of China Separatists Regrouping