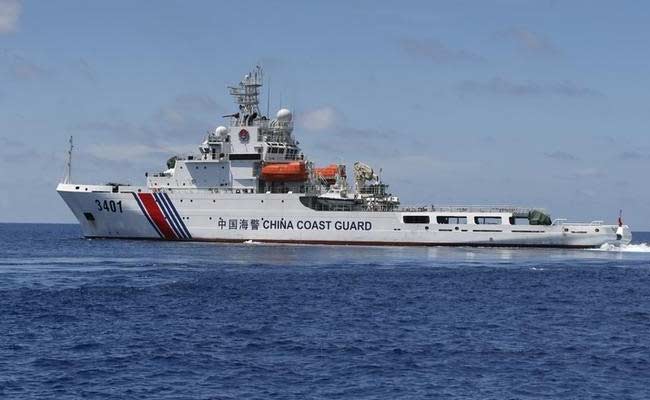 Filipino fishermen have accused the Chinese coast guard of opening fire on their ship on disputed waters.

Philippine officials said they were investigating the reported attack on the Princess Johann boat, which the crew said occurred near a Chinese-occupied section of the Spratly archipelago on March 27.

There were no casualties during the incident, authorities added.

"(Princess Johann) was reportedly fired upon seven times by a Chinese speedboat with seven Chinese coast guards on board," a Philippine Coast Guard statement said.

The armed speedboat approached the Filipino vessel after it dropped anchor about 3.7 kilometres (two nautical miles) off the Chinese side of the Union Banks atoll, it said.

"The crew hid and eventually cut their anchor line and fled the area," the statement added.

Representatives at the Chinese embassy in Manila could not be reached for comment Friday.

If confirmed the incident would be the first hostile episode in nearly a year involving the two countries, which have seen warming relations since Philippine President Rodrigo Duterte was elected in mid-2016.

Both the Philippine coast guard and military are investigating the incident.

The UN Convention on the Law of the Sea grants coastal states exclusive rights to develop and exploit natural resources in the waters that extend up to 370 kilometres off their coasts.

But China claims most of the South China Sea and in recent years has been building up disputed reefs into artificial islands that can house military facilities.

Brunei, Malaysia, Taiwan and Vietnam also claim the Spratlys either wholly or in part.

Reversing the course set by predecessor Benigno Aquino, Duterte has sought to improve his nation's relations with Beijing by adopting a non-confrontational approach over their competing claims in the strategically vital waters.

Promoted
Listen to the latest songs, only on JioSaavn.com
Since then, Duterte said China has allowed Filipinos to fish in waters around the Scarborough Shoal, another outcrop in the South China Sea that Beijing seized in 2012 after a stand-off with the Philippine Navy.