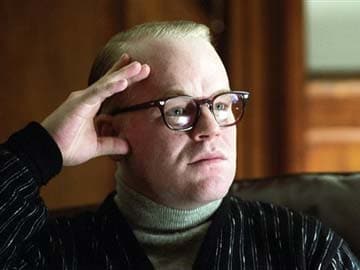 Los Angeles: Philip Seymour Hoffman did not finish filming the last two installments in the blockbuster "Hunger Games" series before his death -- but digital technology may help filmmakers complete the job.

Computer effects and camera tricks could be used to insert Hoffman, who died of an apparent heroin overdose, into at least one as-yet-unfilmed scene, according to one movie executive.

Studio Lionsgate said shortly after the Oscar-winning actor died at the weekend that the tragedy would not disrupt production of "Hunger Games: Mockingjay - Part 1" which is due for release in November this year, and Part 2 due in theaters in November 2015.

Hoffman had completed his work for Part 1, and had seven days of filming left for the final film, the Hollywood Reporter said.

The industry journal cited an unnamed executive as saying that there was one major scene featuring Hoffman in Part 2 which had not yet been shot, and that filmmakers were confident they could work around it.

"They seem to have plans that don't seem very complicated" to complete both pictures without Hoffman, the Lionsgate executive said, adding: "You can do digital things, you can have conversations where you're not focusing on him but the people he's talking to."

Rob Legato, a veteran effects supervisor not working on the "Hunger Games" films, told the Hollywood Reporter: "These days the technology of using someone's likeness is a whole lot easier to do.

"I won't say you could generate a Philip Seymour Hoffman with all the acting ability, but you could certainly replicate him for a shot or two," said Legato, who worked on Martin Scorsese's latest movie, "The Wolf of Wall Street."

A spokesman for Lionsgate, based in Santa Monica, California, declined to comment Friday when asked by AFP about the reports.

The "Hunger Games" movies, based on Suzanne Collins' trilogy of novels, star Jennifer Lawrence as Katniss Everdeen, a teenager forced into a deadly battle for survival in the macabre post-apocalyptic American kingdom of Panem.

The first film was released in 2012, and has earned over $850 million at the box office worldwide, according to Lionsgate.

The second installment, "The Hunger Games: Catching Fire" was released in November 2013 and has grossed over $860 million so far, according to Box Office Mojo.

Actors who have died part way through a film production include Heath Ledger, whose role in "The Imaginarium of Doctor Parnassus" was taken over by three actors -- Johnny Depp, Jude Law and Colin Farrell in dream-world transformations -- after his 2008 death.

River Phoenix died of a drug overdose in 1993, forcing the cancelation of "Dark Blood" -- although the film was eventually given a limited release by director George Sluizer in 2012, without the support of the actor's family.

Promoted
Listen to the latest songs, only on JioSaavn.com
The latest installment of the blockbuster "Fast and Furious" franchise was put on hold after the death of star Paul Walker in a high-speed car accident north of Los Angeles in November last year.