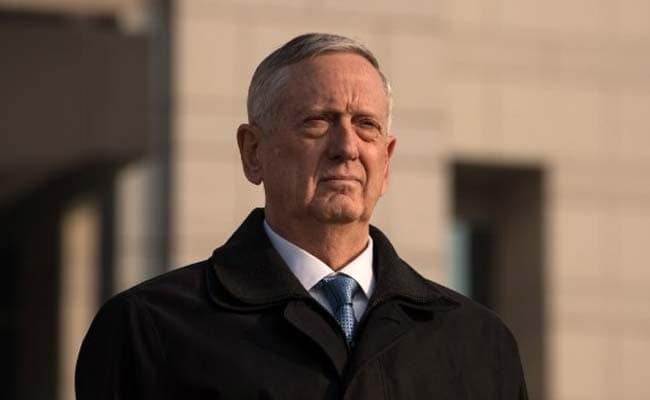 Abu Dhabi: US Defence Secretary James Mattis on Sunday said he is compiling an assessment for President Donald Trump to weigh on Afghanistan, which remains mired in a brutal and seemingly intractable conflict.

The Afghan war is the longest in US history but Trump has scarcely given it a passing mention -- either while campaigning or since entering the White House.

Mattis said his commander-in-chief had been "rightfully reticent" on the matter, as he was waiting for input from his generals.

"We are putting our thoughts together now," Mattis told reporters in Abu Dhabi while on his first trip to the region as Pentagon chief.

Trump "is open to my advice on it, but first of all I've got to formulate where I stand, so this is the normal collection of... information."

Mattis met with Afghan President Ashraf Ghani in Munich on Saturday and had been due to fly to Kabul on Sunday, but the trip was postponed due to bad weather.

Instead, Mattis held lengthy video talks with General John Nicholson, the chief US and NATO commander in Afghanistan.

US-led forces have been fighting in Afghanistan for 16 years, making it America's longest-ever war, yet Nicholson this month told Congress the situation remains stuck in a "stalemate".

The US troop presence in Afghanistan is currently capped at about 8,400 after former US Barack Obama insisted on drawing numbers down and handing security responsibility to Afghan forces.

The question of whether to double down in the seemingly endless conflict will now become one of Trump's first major military strategy questions.

Trump would seek the advice of Mattis before deciding on Nicholson's request for reinforcements, White House press secretary Sean Spicer has said.

Trump had suggested in a recent call to Afghanistan's President Ashraf Ghani that he would consider sending more soldiers, according to media reports.

Further complicating the picture is Russia's role in the conflict.

Nicholson has accused Moscow of giving the Taliban encouragement and diplomatic cover in order to undermine American influence and to defeat NATO.

Mattis did not directly address the role of Russia, which as the Soviet Union fought a bitter war in Afghanistan in the 1980s.

Mattis said he needs to "assess what the other countries in the region are doing in Afghanistan to help or hinder us in our efforts. We are still sorting that out."

Earlier this month, a US government watchdog said the death rate among Afghan security forces soared last year and the Kabul government's overall control of the country dropped significantly.

While acknowledging the "very heavy price" the Afghans paid, Mattis said the local forces had succeeded in keeping the Taliban on the back foot.

It's "been a hard fight all the way through," he said.

"I would question who came out on the shorter end of the stick. I'd rather be in NATO right now than I would want to be in the Taliban's position."

Promoted
Listen to the latest songs, only on JioSaavn.com
Mattis visited NATO headquarters in Brussels last week to urge member countries to pay more into the alliance and to reassure them that America was committed to it.

Trump while campaigning spoke disparagingly of NATO, even though the alliance has been key to the fight in Afghanistan ever since the US-led invasion in late 2001.