Paul Allen was the self-described "idea man," the shy son of librarians. 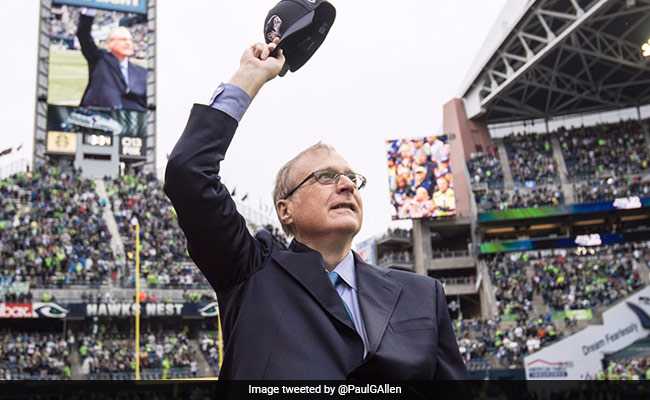 Paul Allen died at the age of 65 in Seattle.

They were teenage computer geeks, bespectacled kids from Seattle who taught themselves programming from a Teletype terminal, learned the basics of business from Fortune magazine and dreamed of "a computer in every home and on every desk."

Paul Allen was the self-described "idea man," the shy son of librarians. Bill Gates was the business-oriented partner who brought the ideas to life. And in 1975, when Allen was 22 and Gates was 19, the friends formed a company that became known as Microsoft, and unleashed a personal-computer revolution that made both men fabulously wealthy.

Allen left the company after only eight years, amid a bout with Hodgkin's disease and a deteriorating friendship with Gates. But he remained a powerful force in technology and philanthropy for decades, investing his billions in an eclectic array of businesses and charitable efforts while acquiring sports teams, discovering World War II shipwrecks, and backing aerospace ventures that drew on his childhood fascination with adventure stories and science fiction.

He was 65 when he died Oct. 15 in Seattle. The cause was complications of non-Hodgkin's lymphoma, according to a statement from his family. Allen had battled the disease in 2009 and announced earlier this month that his lymphoma had returned.

When Allen and Gates founded Microsoft, computers were bulky and expensive. Microprocessors had been invented just a few years earlier, and most monitors showed nothing but green or white characters on a black screen.

Technology companies were primarily interested in hardware - developing computers that were faster, stronger and smaller than anything that came before. But Allen and Gates, before most of their peers, realized that the programs a computer ran were just as consequential as the chips and wiring inside the machine. By the late 1990s, Microsoft operating systems would run on nearly 90 percent of personal computers in the United States.

Allen had left the company by the time Microsoft unveiled its Windows operating system and before it released ubiquitous programs such as the text-editing software Microsoft Word. But he helped oversee the development of groundbreaking products like the early operating system MS-DOS, which launched Microsoft to national prominence through a partnership with IBM, and took credit for devising the two-button mouse and his company's very name, short for microprocessors and software.

Microsoft's success earned him and Gates tens of billions of dollars, and by 1992 a Wall Street research firm estimated that at least 2,200 Microsoft employees - nearly one-fifth of the company's workforce - had become millionaires. The company's co-founders, business journalist Brent Schlender wrote in Fortune magazine three years later, had created "more wealth than any business partners in the history of capitalism."

Gates, who served as the company's chief executive until 2000, has a fortune of some $90 billion, second only to Amazon founder and Washington Post owner Jeff Bezos. Allen, who retained a sizable stake in Microsoft after leaving the company, was personally worth $21.7 billion, Forbes reported in March.

Both men insisted that they worked together on nearly every project in the company's early years, to the point that it was all but impossible to distinguish authorship. "Our great string of successes had married my vision to his unmatched aptitude for business," Allen wrote in a 2011 memoir, "Idea Man."

But as Microsoft took off in the 1980s and '90s, Allen encountered mixed success as an investor, leading critics to question whether he was an "accidental zillionaire" whose wealth was "a lucky trick of time and place," as Wired magazine wrote in 1994.

Through Vulcan, an investment company he named for the Roman god of fire and creation, he pursued a vision he dubbed the "wired world," in which cable, satellite TV and the internet played increasingly central roles in popular culture and commerce. But while Allen was correct in anticipating an era in which newspapers were read on a screen, not in print, he struggled to reap the financial returns.

He leveraged his Microsoft holdings to acquire Charter Communications for $4.5 billion in 1998, but the company filed for bankruptcy protection in 2009, resulting in an estimated $7 billion loss for Allen. Skeptics also pointed to his 25 percent stake in America Online, which he sold for $140 million in 1994 after unsuccessfully trying to convince the company to sell him more shares. At the height of the tech bubble, Reuters reported in 2013, "those shares would have been worth more than $40 billion."

Despite the occasional downturn, his Microsoft stock holdings formed the bedrock of an investment portfolio that sometimes left him in shock, marveling at his good fortune. "At some point there is so much money, what do you do with it all?" he told the Los Angeles Times in 1995, explaining that he had just invested half a billion dollars into the newly formed Hollywood studio DreamWorks SKG.

Allen was sometimes described as an overgrown teenager, whose billions had enabled him to invite Stevie Wonder to perform on his yacht, hold a masked ball in Venice, build a $100 million pop-music museum and acquire sports teams near his hometown of Seattle, including the Portland Trail Blazers, Seattle Seahawks and a share of the Seattle Sounders soccer team.

But he was also an early signer of the Giving Pledge, an initiative led by Gates and investor Warren Buffett to encourage wealthy individuals to donate the bulk of their fortunes to charity. By Allen's count, he gave more than $2 billion to causes that included an effort to battle poaching in Africa with an armada of drones; research to cure ebola; and the Allen Institute for Brain Science, which completed a map of the human brain in an effort to understand the origins of consciousness and diseases such as Alzheimer's.