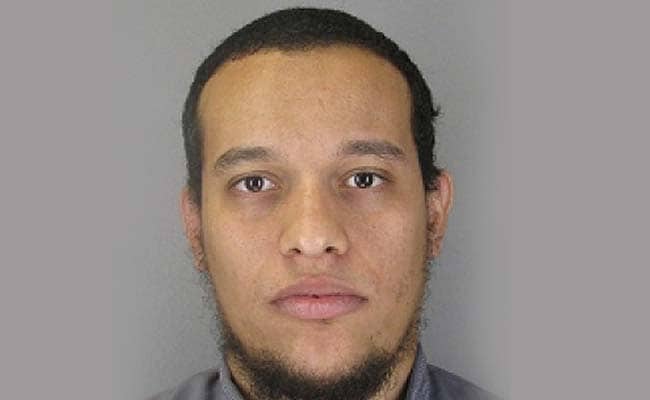 In an undated handout photo, Said Kouachi, suspected of a deadly attack on a satirical newspaper in Paris (French Police via The New York Times)

Washington: One of the two brothers suspected of killing 12 people at a satirical newspaper in Paris traveled to Yemen in 2011 and received terrorist training from al-Qaida's affiliate there before returning to France, a senior U.S. official said Thursday.

The suspect, Said Kouachi, 34, spent "a few months" training in small arms combat, marksmanship and other skills that appeared to be on display in videos of the military-style attack carried out Wednesday by at least two gunmen on the offices of the Charlie Hebdo newspaper.

Both French and U.S. officials were aware that Kouachi trained in Yemen. He went there at a time when many other young Muslim men in the West headed to Yemen, inspired by Anwar al-Awlaki, the American-born cleric who by 2011 had become a senior operational figure for the terrorist group there, al-Qaida in the Arabian Peninsula. Before he was killed in a U.S. drone strike in September 2011, Awlaki repeatedly called for the killing of cartoonists who insulted the Prophet Muhammad.

Kouachi as well as his younger brother Ch&#233;rif, 32, have been under scrutiny for years by officials in France and the United States, and according to a U.S. intelligence official both were in the American database of known or suspected terrorists and on the no-fly lists maintained by the government.

Ch&#233;rif Kouachi first came to the attention of the French authorities as a possible terrorist a decade ago, when he was in his early 20s. He was arrested in France in 2005 as he prepared to leave for Syria, the first leg of a trip he hoped would take him to Iraq, and convicted three years later. He was released in 2008 for time served.

U.S. intelligence and counterterrorism officials were still trying to determine Thursday whether the al-Qaida affiliate in Yemen had explicitly ordered Wednesday's attack. There was no indication that the masked men who carried it out were acting under orders from the group or were part of a larger militant cell in France. But as they launched their attack at Charlie Hebdo, according to witnesses, the pair proudly declared allegiance to the group.

"Tell the media that it is al-Qaida in Yemen," the men shouted, referring to a terrorist outfit also known as al-Qaida in the Arabian Peninsula.

The Yemen branch of al-Qaida had already declared its own interest in targeting the newspaper. A 2013 edition of the group's English-language propaganda magazine, Inspire, placed Charlie Hebdo's editor, St&#233;phane Charbonnier, on a hit list along with other prominent journalists, writers and public figures.

"Wanted dead or alive for crimes against Islam," the jihadist magazine stated.

While familiar to French authorities, the two Kouachi brothers appear to have lived low-key lifestyles in Paris. Orphaned as children after the deaths of their parents - immigrants from Algeria - Ch&#233;rif and Said were raised in foster care in Rennes, in western France. Ch&#233;rif trained as a fitness instructor before moving to Paris, where he lived with his brother in the home of a convert to Islam.

But Ch&#233;rif, in particular, hid his militant leanings in plain sight, and more is known about him and his views. While working at a series of menial jobs over the years, which included delivering pizzas as well as selling fish, and leading a seemingly normal immigrant life in and around Paris, he became entangled with a string of foreign jihadist outfits and activists.

He was so well known for his extremist links that he appeared in a 2005 documentary shown on France 3, a state television channel, about France's jihadist underworld. He was presented as ordinary immigrant youngster who enjoyed rap music and clubbing before tumbling into a subterranean world of fanatical faith and calls for vengeance against U.S. troops in Iraq and other forces perceived as enemies of Islam.

After his arrest that year, Ch&#233;rif Kouchi was held in a detention center at Fleury-M&#233;rogis, a southern suburb of Paris, and got to know Djamel Beghal, a champion of jihad who was jailed in 2001 for a planned attack on the U.S. Embassy in Paris.

After his release, Ch&#233;rif got married and found a job selling fish at the Leclerc supermarket, and had seemingly put his past behind him. But, according to Le Monde newspaper, he quietly renewed contacts with his old jihadi comrades and again popped onto the radar of intelligence officers in connection with a plot to free a jailed Islamist militant serving a life sentence for a 1995 attack on a rail station at the Mus&#233;e d'Orsay.

Prosecutors, worried about making charges stick, decided in the end not to prosecute. Their written ruling, according to Le Monde, stated that Kouachi would not face charges "despite his proven roots in radical Islam and his demonstrated interest in theses defending the legitimacy of armed jihad."

Fresh out of prison and already deeply involved in France's violent Islamist underground, Ch&#233;rif Kouachi worked hard to present an unthreatening face to the world when he got a job in August 2009 at the fish counter in a suburban supermarket northwest of Paris.

The manager of the Leclerc store in Conflans Sainte Honorine, who spoke on the condition of anonymity because she wanted to avoid attracting unwelcome attention, said Ch&#233;rif made an excellent fishmonger. He was even-tempered, conscientious and never distracted by idle chitchat with colleagues, his former boss said, adding that the only thing he ever talked about was the price of fish.

Another foreign associate of Ch&#233;rif Kouachi and his brother is believed to be the Tunisian-French jihadist, Boubaker Hakim, a member of the Islamic State who has been actively recruiting and building a network of fighters across Northern Africa and in European immigrant communities since 2011.

Hakim helped found a network of young jihadists, based in the 19th Arrondisement of Paris, that Ch&#233;rif Kouachi fell in with a decade ago. It mixed classes on jihad, led by a 26-year old janitor-turned-preacher, with physical training sessions in Buttes-Chaumon, a public park on a hill in northeastern Paris, and the recruitment of local young Muslims to fight in Iraq.

The radical mosque where they gathered, near the Stalingrad subway station, was torn down eight years ago and is now a building site. The manager of a nearby Islamic book shop, the House of Light, like many other local residents, declined to discuss the Kouachi brothers, who lived in the heavily immigrant area before Ch&#233;rif's 2005 arrest in connection with the group's recruitment of fighters for Iraq.

Hakim, who also spent time in the grimy neighborhood, is now wanted for the assassination of the Tunisian left-wing politician Mohamed Brahmi, killed in Tunis in 2013. He is thought to be in Iraq or Syria and appeared in a video produced by the Islamic State in December with two other Tunisian fighters exhorting North Africans to join the Islamic State and conduct more assassinations at home.

Mathieu Guid&#233;re, a French expert on terrorism, described the brothers as representative of a common and powerful phenomenon - the emotional appeal of global jihad, particularly after the battlefield successes in Iraq and Syria last year of the Islamic State, to segments of Europe's young Muslim population.

"The profile of the brothers is simple: They're typical French terrorists, well trained and determined, connected to al-Qaida network," Guid&#233;re said. "They haven't been motivated by personal grievance against the French intelligence and security service. They have had contacts with the Islamic State via Internet, but they've never been there."

With more than 5 million Muslims, Europe's largest Muslim population, France has struggled for years to keep track of genuine extremists while avoiding measures that would only alienate ordinary Muslims and increase the risk of a violent response.

Promoted
Listen to the latest songs, only on JioSaavn.com
Jonathan Laurence, the author of "The Emancipation of Europe's Muslims," said in a telephone interview that intelligence services in European countries had so many residents with jihadi sympathies that it was very hard to monitor them all so as to separate those who merely offer verbal support for groups claiming to fight for Islam from those who are prepared to take up arms or plant bombs.

"Mass surveillance of an entire community is not an option because civil liberties also need to be balanced with the potential benefit it will gain," Laurence said.
© 2015, The New York Times News Service