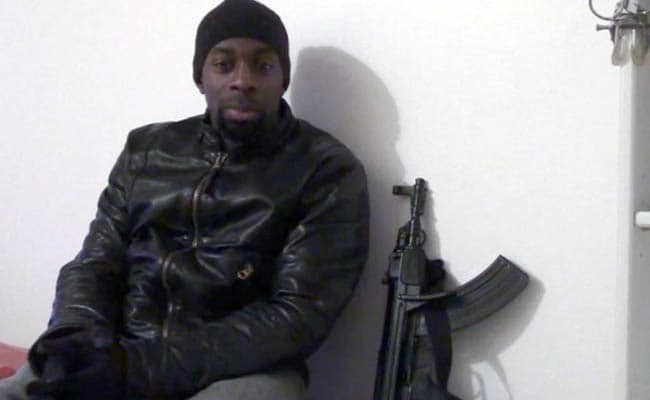 This screengrab taken on January 11 from a video released on Islamist social networks shows a man allegedly claiming to be Amedy Coulibaly, suspected of killing a policewoman and four hostages in France. (Agence France-Presse photo)

Cairo: One of the men behind last week's deadly rampage in Paris claimed to have lived with the Nigerian behind the failed al-Qaida "underwear bomb" plot five years ago, a Yemeni reporter who met the Paris attacker said on Monday.

Journalist and researcher Mohammed al-Kibsi said he first met Said Kouachi in 2010 while the French citizen was studying Arabic in the capital Sanaa, in the days after the failed Christmas 2009 attack on a Detroit-bound airliner.

"When I saw the photo of Said I could recognize him... He was very polite and had a sense of humor, so for me I could not expect that a few years later he would be the suspect of a terror attack," al-Kibsi said by telephone. "When I first met him he was wearing a track suit, playing football with kids in the street."

Al-Kibsi said he had interviewed Kouachi to ask about Umar Farouk Abdulmutallab, later convicted of trying to blow up the Northwest Airlines flight using explosives concealed in his underwear. Abdulmutallab, like Kouachi, had studied at the Sanaa Institute for the Arabic Language.

"Surprisingly, he said that yes he knew him, and that he lived with him in the same residence. (Abdulmutallab) had left three or four months before we met Said," al-Kibsi said.

Abdulmutallab, the son of a wealthy banker, told U.S. investigators that he had trained in Yemen and targeted the U.S.-bound flight at the urging of Anwar al-Awlaki, a radical, American-born Muslim cleric killed in a U.S. drone strike in Yemen in 2011.

Al-Awlaki's commentary was featured in al-Qaida in Yemen's English-language media, including the Inspire magazine, which urges supporters in the West to undertake so-called "lone wolf" attacks.

Promoted
Listen to the latest songs, only on JioSaavn.com
Al-Kibsi said the cleric was in hiding in southern Yemen at the time he interviewed Kouachi in Sanaa, and did not know if the two had met.

Before French commandos killed him in a shootout, Kouachi's brother Cherif told French media that he was sent by al-Qaida in Yemen, saying: "I went there, and it was Anwar al-Awlaki who financed me."