A sea of silk engulfed an area in Australia's southeast hit by flooding earlier in June, caused by sheet web spiders looking for shelter. 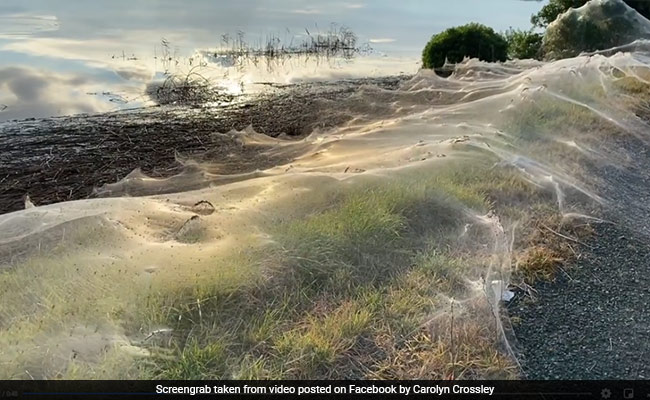 Spiders are allegedly looking for higher ground due to the floods.

A sea of silk engulfed an area in Australia's southeast hit by flooding earlier in June, caused by sheet web spiders that normally live on the ground looking for shelter according to ecologist Dieter Hochuli.

"When we get these types of very heavy rains and flooding, these animals who spend their lives cryptically on the ground can't live there anymore, and do exactly what we try to do -- they move to the higher ground," Hochuli, from the University of Sydney, told local broadcaster Channel 7.

Spiders are known to release webs to create makeshift parachutes and ride the wind to change location, a phenomenon known as ballooning.

At least two people died when the storms hit Victoria earlier this month, with authorities finding both bodies in separate partially submerged vehicles.

Thousands of people in the hardest-hit areas were also left without power for weeks, with some homes yet to be reconnected to electricity.

Australians living in regional and rural areas have struck by a series of disasters in recent years.

A prolonged drought was followed by months of devastating bushfires in late 2019 to early 2020 before welcome rains brought damaging floods in several regions.