Palestinian Activist Sentenced to 18 Months For US Immigration Fraud 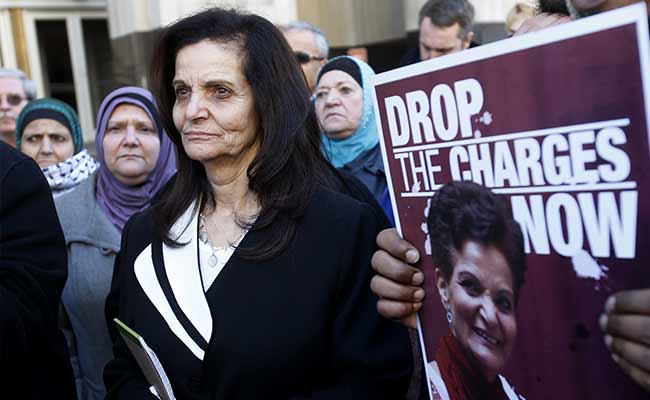 A Palestinian activist was sentenced to 18 months in prison on Thursday for immigration fraud for failing to tell US authorities that she had been imprisoned in Israel for a 1969 supermarket bombing that killed two people.

Rasmieh Yousef Odeh, 67, also will be deported after serving her sentence as a result of last year's conviction in a Detroit federal court of unlawful procurement of naturalization.

Before sentencing, Odeh had told US District Court Judge Gershwin Drain, "I'm not a terrorist. I'm not a bad woman."

But Drain said the offence is about lying to federal immigration official and under oath, and denied defence claims that the prosecution was political.

"We in this country expect people to tell the truth about things, especially under oath," Drain said.

Drain said Odeh's history does include some terrorist activities but also acknowledged her work in the United States in helping immigrant women in Chicago. She had faced up to 10 years in prison.

Federal prosecutors said she failed to reveal her criminal history when she immigrated from Jordan in 1995 and again when she was naturalized as a US citizen in 2004.

Odeh and members of the Popular Front for the Liberation of Palestine were convicted by an Israeli military court for the supermarket bombing and for placing a bomb at the British consulate in Jerusalem.

Defenders of Odeh filed dozens of letters in her support and also gathered outside the courtroom on Thursday.

Her supporters have protested the conviction, saying it was unfair that Odeh could not tell the jury she confessed to the supermarket bombing allegedly under torture by the Israeli military.

Odeh's attorneys had argued that she not be imprisoned at all, citing her age, poor health, and chronic post-traumatic stress disorder.

"This is a blow, of course, but we have to remember that the government wanted the judge to lock Rasmea up for half a decade or more," said Muhammad Sankari of the national Rasmea Defense Committee, in a statement, using an alternative spelling of her first name.

Promoted
Listen to the latest songs, only on JioSaavn.com
Odeh will be free on bond and will return to Chicago while her attorneys appeal the verdict.