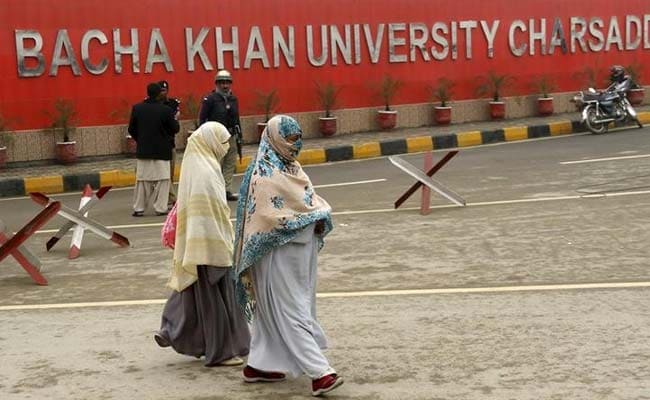 PESHAWAR: The university in northwest Pakistan where Taliban gunmen killed at least 20 people last month reopened for classes today with teachers - but not students - allowed to carry weapons.

Pakistani Taliban militants have threatened more assaults on schools and universities since the January 20 attack on Bacha Khan University in Charsadda, fueling a growing sense of insecurity in the country.

The attack had reminded Pakistanis of the horrors that took place a little over a year earlier, when militants massacred 134 pupils at an army school just 19 miles (31 km) away, in Peshawar, the main city in Khyber Pakhtunkhwa province.

The university also decided that teachers could continue to carry their own licensed weapons as long as they do not display them in classrooms, Marwat said.

A chemistry professor who was killed during last month's assault had been lauded as a hero for firing back at the attackers. But Marwat said the school decided to reject a request from some teachers to issue them firearms.

"After taking whatever security measures were possible for protection of students and faculty members, we opened the university today for classes," Marwat said.

Students who owned weapons had to submit them at the entrance of the campus, he said.

Firearms are easily available in northwest Pakistan, and gun ownership is ingrained in the culture of Pashtun tribes of the region.

Many of the returning students arrived at the campus with their parents and relatives, who waited while they went to classes. Several, however, were still too traumatised to attend school or were made to stay home by scared parents.

"I know the university has been opened today, but my parents didn't allow me to go today," said student Ihsanullah Khan. "I am not afraid and will definitely join my friends very soon."

Vice chancellor Marwat said the university had arranged counselling sessions for students and for recreational trips elsewhere in the country.

The Pakistani army said the attack on the university was masterminded by Umar Mansoor, a Pakistani Taliban militant based in Afghanistan, who was also blamed for the Peshawar school massacre.

The Pakistani Taliban are fighting to topple the government and install a strict interpretation of Islamic law.

On Monday, an IED blast in Pakistan's volatile South Waziristan region on the border with Afghanistan left one paramilitary soldier dead and three injured.
© Thomson Reuters 2016