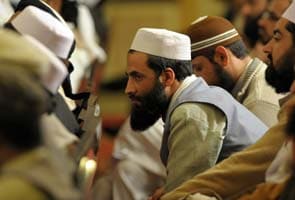 Islamabad: Pakistani political parties have nominated their candidates for the upcoming presidential elections with the ruling party's candidate seen as the front-runner.

In Pakistan, the president is elected not by a popular vote but by voting in the Senate, National Assembly and the assemblies of the four provinces.

Promoted
Listen to the latest songs, only on JioSaavn.com
A senior ruling party member, Raja Zafarul Haq, says the election will be held on July 30. He says it was originally scheduled for Aug. 6, but the Supreme Court accepted the party's request that the date be changed.