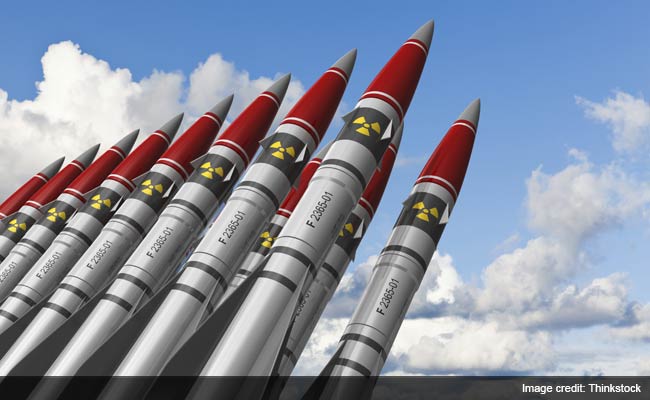 Washington: Pakistan has the fastest growing nuclear weapons programme in the world and by 2020 it could have enough fissile material to produce more than 200 nuclear devices, a top American think tank has said.

"Though many states are downsizing their stockpiles, Asia is witnessing a buildup. Pakistan has the fastest-growing nuclear programme in the world. By 2020, it could have a stockpile of fissile material that, if weaponised, could produce as many as 200 nuclear devices," Council on Foreign Relations has said.

The report 'Strategic Stability in the Second Nuclear Age', authored by George Mason University's Gregory Koblentz, has identified South Asia as the region "most at risk of a breakdown in strategic stability due to an explosive mixture of unresolved territorial disputes, cross-border terrorism, and growing nuclear arsenals."

Pakistan, the report said, has deployed or is developing 11 delivery systems for its nuclear warheads, including aircraft, ballistic missiles and cruise missiles.

"Pakistan has not formally declared the conditions under which it would use nuclear weapons but has indicated that it seeks primarily to deter India from threatening its territorial integrity or the ability of its military to defend its territory," the report said.

CFR said while Pakistan is focused predominantly on the threat posed by India, it is reportedly also concerned by the potential for the US to launch a military operation to seize or disarm Pakistani nuclear weapons.

"This concern is based in part on reported contingency planning by the US military to prevent Pakistani nuclear weapons from falling into the hands of terrorists," CFR said.

CFR said India is estimated to possess enough fissile material for 90-110 nuclear weapons and is expanding its production capacity.

Promoted
Listen to the latest songs, only on JioSaavn.com
China, it said, is estimated to have 250 nuclear weapons for delivery by a mix of medium, intermediate, and intercontinental-range ballistic missiles and bombers.