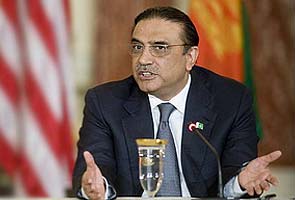 Islamabad: Pakistan's President Asif Ali Zardari congratulated his US counterpart Barack Obama on his re-election on Wednesday, saying he was confident relations would "continue to prosper".

Pakistan is a key ally in the US "war on terror" but anti-American feeling runs deep in the nuclear-armed nation and relations with Washington over the past two years have been fraught.

The fractious friends lurched from crisis to crisis in 2011, first over a CIA contractor who shot dead two people in the eastern city of Lahore, then over the US raid that found and killed Osama bin Laden in Pakistan, and finally over botched air strikes that killed 24 Pakistani border guards.

"President Asif Ali Zardari has warmly felicitated President Barack Obama on his reelection as the President of the United States of America," a statement from Zardari's office said.

"The President expressed the hope that the relationship between Pakistan and the US would continue to prosper during President Obama's new term in office."
Comments
Barack Obama