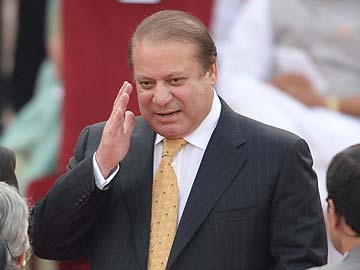 Islamabad: Pakistani Prime Minister Nawaz Sharif has demanded to know why police apparently stood by while a pregnant woman was stoned and beaten to death by her family in front of one of the country's top courts, his spokesman said on Thursday.

Farzana Iqbal, 25, was attacked on Tuesday, police said, because she had married the man she loved.

Sharif had taken notice of the "brutal killing" in the presence of police, his press office said in a statement, adding that a "totally unacceptable" crime had to be dealt with promptly by law.

"I am directing the chief minister to take immediate action and a report must be submitted by this evening to my office," it said, quoting Sharif. Iqbal's husband said that police did nothing during the 15 minutes the violence lasted outside Lahore High Court.

"I begged them to help us but they said, this is not our duty," Muhammed Iqbal told Reuters. "I took off my shirt (to be humble) and begged them to save her."

In parts of Pakistan, a largely Muslim nation of 180 million people, women are expected to agree to arranged marriages and refusal can mean an "honour killing".

Many Pakistani families think it dishonourable for a woman to fall in love and choose her own husband.

But Lahore police chief Shafiq Ahmad said no police were present. "They arrested the father, the main accused, a few moments after the incident," he said. "... by the time police reached the scene, the lady had been murdered."

Police initially said Farzana had been stoned, but Iqbal told Reuters that relatives had swung bricks, not thrown them.

All the suspects, except the father, who has been detained, have disappeared. A police officer on Tuesday quoted the father as saying it had been an honour killing.

The 25-year-old had offended her family by marrying Iqbal instead of a cousin selected for her.

Honour killings are common in Pakistan, but the brutality of this case caused outrage around the world, although in Pakistan itself reaction was more muted - in stark contrast to the public grief and outrage caused by the gang rape and murder of a 23-year-old woman in neighbouring India in 2012.

In the capital Islamabad, about 40 activists protested against brutality against women, shouting "Hang the killers of Farzana!" and "We don't accept this injustice".

"Violence against women is on the rise. Women are being killed in the name of honour," said Farzana Bari, an activist.

"The criminal justice system doesn't work. This particular incident was very brutal. Police were there and the poor woman was killed."

In Lahore, police said her father, two brothers and a former fiance were among the attackers.

Muhammad Aurangzeb, Farzana's 20-year-old stepson, described how one relative had tried to shoot her, then grabbed her head scarf, causing her to fall over.

While a member of Iqbal's party wrestled the gun away, a female cousin grabbed a brick and hit Farzana with it, he said.

"She was screaming and crying 'don't kill me, we will give you money'," said Iqbal. He said he tried to save her but the mob of more than 20 beat him back.

At one point, six people were beating her with bricks as she screamed, he said, and he and his stepson begged police to help.

The attack happened near the gate of the heavily guarded court, the two men said, on one of the busiest roads in Lahore.

The couple had been due to testify there that morning that their marriage was genuine in response to a false charge of kidnapping brought by Farzana's family.

It was not the first time her family had tried to kill the woman, said her lawyer, Rai Ghulan Mustafa.

On May 12, seven of her relatives had tried to force their way into his office, where she was sitting, he said, but his colleagues had fought them off.

Later they attacked her near a police station. Officers intervened and held the attackers for an hour before releasing them without charge, he said.

"She was afraid of being killed," Mustafa said.

The case is the latest honour killing in Pakistan to outrage the world.

"I do not even wish to use the phrase honour killing," said U.N. High Commissioner for Human Rights Navi Pillay in a statement in Geneva. "There is not the faintest vestige of honour in killing a woman in this way."

But for two days, the attack met with silence from Pakistani officials.

Most national media outlets gave little attention to the story. Honour killings are so common they usually only rate a paragraph or two.

Women have been mutilated and killed for wearing jeans, looking out of windows, singing or giving birth to girls.

The Human Rights Commission of Pakistan said there were 869 such attacks reported in the media last year - several a day. But the true figure is probably much higher since many cases are never reported.

A small editorial in the national daily the Express Tribune denounced the killing and noted a case in New York where a 75-year-old Pakistani immigrant beat his wife to death this month for serving him a vegetarian meal.

"The great tragedy for the nation, alongside the murder of yet another Pakistani woman, is that the man's lawyer claimed the man acted on his cultural upbringing where beating women is customary," the writer said.

Promoted
Listen to the latest songs, only on JioSaavn.com
Baroness Sayeeda Warsi, a senior minister of state in the British government and of Pakistani origin, said she was appalled by the killing.

"Perpetrators must be brought to justice," she said in a tweet.
© Thomson Reuters 2014

France Accuses Australia, US Of "Lying" In "Crisis" Over Submarine Row